You are at:Home»Energy Infrastructure Channel»Head to the Midstream for Inflation Protection 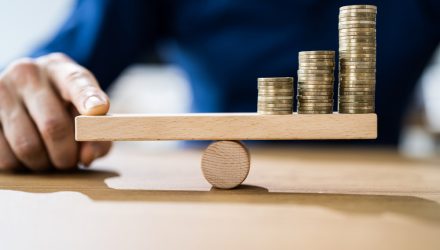 Head to the Midstream for Inflation Protection

Inflation-fighting assets are getting ample attention this year as the Consumer Price Index (CPI) is in the midst of a multi-month rise.

Up 24.24% year-to-date and sporting a stout dividend yield of 7.65%, AMLP offers income and inflation protection.

“With rising expectations for inflation, midstream is well positioned to weather an inflationary environment thanks to key contract provisions and the ability to pass on higher costs to customers,” says Alerian analyst Mauricio Samaniego. “For example, the fees charged by interstate liquids pipelines are often subject to the Federal Energy Regulatory Commission’s (FERC) Oil Pipeline Index, which is based on the Producer Price Index for Finished Goods plus an adjustment.”

AMLP, the largest MLP exchange traded fund by assets, tracks the Alerian MLP Infrastructure Index (NYSE:AMZI). That’s relevant because, as Samaniego notes, some members of that benchmark have contracts that are indexed to inflation or are telling investors that they’re insulated from inflation.

“Magellan Midstream Partners (MMP) mentioned on their 2Q21 conference call that historically around 40% of their shipments have been linked to the FERC index and that people and power represent the greatest costs for their pipeline systems and the PPI has outpaced cost increases for those two items,” adds Samaniego.

Magellan Midstream is AMLP’s second-largest holding at a weight of 10.64%. Additionally, AMLP has history on its side. From 2000 through 2011, there were five inflationary environments and during those, the Alerian MLP Infrastructure Index beat inflation on four occasions, the fifth being the global financial crisis in 2008 when nothing was working. Bottom line: AMLP is worth a look, particularly when there’s little clarity on when the Federal Reserve will move to quell inflation, if it does at all.

The Fed may provide some clarity regarding “the effects of surging demand from the global economy reopening and ongoing supply chain bottlenecks suggest inflation could continue to be in focus. Midstream offers protection from the effects of higher inflation and could potentially benefit investors through what could become a period of sustained inflation,” concludes Alerian’s Samaniego.