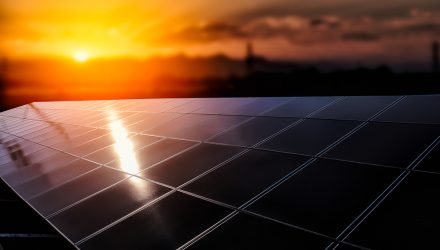 The ALPS Clean Energy (ACES) is already one of 2020’s best industry ETFs and, obviously, the fund is chock full of private enterprises. However, there are still ways the federal government can impact the renewable energy sector for the bettor.

Much like infrastructure, renewable energy has the potential to be a vital jobs creator, particularly at a time when the U.S. is still struggling with the adverse economic consequences of the coronavirus pandemic. The 2009 American Recovery and Reinvestment Act (ARRA) has had its share of failures, but experts argue the program, broadly speaking, is successful and remains relevant today.

The Department of Energy (DOE) “disbursed nearly $30 billion to new and emerging technologies, with overall portfolio losses around just 2.7 percent, which is better than that achieved by most major banks. So far, the government has already received $3.15 billion in interest payments, with less than $1 billion in actual and estimated losses,” reports Green Tech Media.

ACES is performing well with a Republican in the White House, though that speaks more to the shift to renewables and declining costs than Trump Administration-specific action. Adding to the long-term case for ACES is that many of the policies benefiting renewable energy producers are taking place at the state level, indicating ACES and rival funds can deal with changes in the White House.

“As the U.S. faces the prospect of another catastrophic recession, many are now looking to ARRA as a template for a “green stimulus” package,” according to Green Tech. “The landscape for clean energy is different today: Solar PV and onshore wind are mature technologies, and the threat from climate change is much more pronounced.”

Some experts believe the government can build on the ARRA idea with the formation of a Clean Energy Administration.

That idea “would allow an independent federal financing agency to hold the purse strings on disbursing funds to renewables and leveraging private investment to boost deployment,” notes Green Tech.