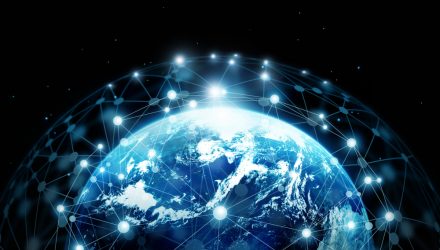 Unfortunately, carbon emissions set an all-time high last year, but for proponents of renewable energy and going green, there is good news.

A long-term outlook calls for epic spending and an earnest transition to renewable energy, indicating that the stars can eventually align for exchange traded funds such as the ALPS Clean Energy ETF (ACES).

ACES is on scorching hot run, soaring 25.57% over the past month. A data point like that can’t be ignored, but investors might do well to take a long-term view of the ALPS fund because it’s going to take time for corporations and governments to deploy capital-aimed carbon reduction and other climate-related investments.

“Despite the uptick in clean energy, the investment mismatch challenges between conventional and clean energies that underpinned the 2021 global energy crisis are expected to continue. Investment in the supply of conventional energies is expected to continue to decline, falling behind the level of demand for these energies, but investment in new and renewable technologies is not yet measuring up to the supply of low-carbon energy that the climate agenda requires,” according to IHS Markit.

Translation: There’s still ample work to be done when it comes to kicking renewable energy spending into high gear. Investors exercising some patience could be rewarded by ACES as green spending catches up with conventional expenditures.

“While renewables will provide the bedrock of tomorrow’s power markets, a wide range of technologies will be required to ensure security of supply. In 2022, decisions are expected to kick off investments in floating offshore wind, hydrogen, carbon capture and storage, and nuclear,” adds Markit.

That’s an indication that breadth is required to adequately address the demands of the green energy transition. ACES has that depth, as it features exposure to 10 industry groups. Solar, wind, and electric vehicle/energy storage stocks combine for over 48% of the ACES roster, which is a relevant trait because those groups will be among the primary growth drivers of renewable power in the decades ahead.