You are at:Home»ETF Building Blocks Channel»Get Paid to Go Global with Reflation Trade 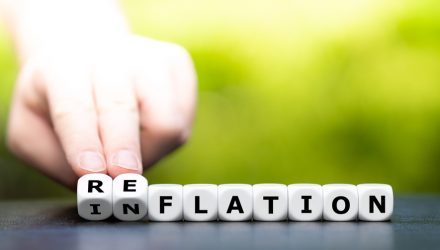 Get Paid to Go Global with Reflation Trade

Seven months into 2021 and investors still hear plenty about the reflation trade. So much so that they may be led to believe that this is a domestic phenomenon.

“While the ‘reflation trade’ centered around high growth and fast-rising inflation was most pronounced in the U.S. during the first half of 2021, we see it broadening to Europe and Japan, following the path of the global vaccine rollout,” according to BlackRock research.

Japan, the world’s third-largest economy and a nation rich with cash-rich companies, is IDOG’s largest geographic exposure at 20.39% of the ETF’s weight as of July 24.

Eurozone countries combine for approximately 42% of IDOG’s roster, and that’s relevant because the European Central Bank (ECB), like the Federal Reserve, moved swiftly to prop up economies in the face of the coronavirus pandemic and those moves are paying off today.

From a sector perspective, IDOG is levered to the cyclical value resurgence investors are hearing so much about. For example, industrial and materials stocks combine for over 22% of the fund’s weight, while financial services stocks chime in at about 10%. European bank equities are among 2021’s more impressive redemption stories.

Another reason to consider IDOG as a backdoor to Europe is that the region has more runway in the reopening trade than in the U.S. owing to Europe’s slower rate of vaccination, which is starting to pick up.
Since March, “the euro area has been catching up on its activity restart, supported by the ECB remaining squarely focused on maintaining easy financing conditions,” adds BlackRock.