You are at:Home»ETF Building Blocks Channel»A Georgia State of Mind for Energy ETFs 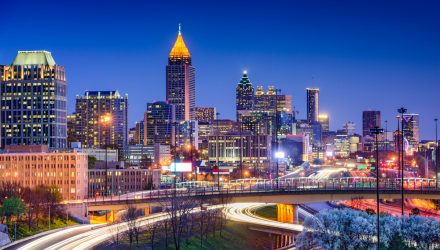 A Georgia State of Mind for Energy ETFs

It’s clear Joe Biden will be the next president of the United States, but a blue wave has not quite materialized yet, breathing life into exchange traded funds such as the Alerian Energy Infrastructure ETF (ENFR).

“A divided government will make it tough for Biden to pass ambitious climate legislation that would have effectively restrained the oil and gas industry, analysts at Morgan Stanley said in a note Wednesday,” according to Business Insider.

Even if Biden pushes forward an oil-destructive agenda, the case for ENFR isn’t dead. It’s actually very much alive.

Renewable energy, which includes solar, wind, geothermal, hydroelectric, and other low carbon sources, is commanding an increasing share of the energy landscape, meaning it’s not only prescient for midstream operators to move into the space, but potentially profitable too.

And without control of the Senate, Biden will struggle to appease the progressive faction of his party when it comes to renewables.

“It’s pretty clear that Biden’s legislative agenda vis-a-vis climate will go absolutely nowhere in Mitch McConnell’s Senate,” Pavel Molchanov, an Analyst at Raymond James, said. “The changes that he will be able to make will be limited to executive actions.”

Consider this when it comes to the midstream’s foray into renewables: integrated oil companies have been doing for years.