You are at:Home»ETF Building Blocks Channel»Examining How Energy Equities ETFs May Perform under Biden 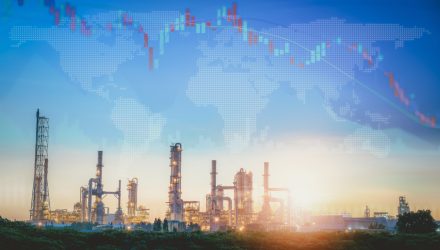 Examining How Energy Equities ETFs May Perform under Biden

The direct implications of Joe Biden’s presidency for traditional energy sector and exchange traded funds, including the Alerian Energy Infrastructure ETF (ENFR), are not totally clear.

On the upside, many of ENFR components are simply transporters of energy and aren’t as sensitive to oil price changes as, say, exploration and production companies or oil services names.

“On the domestic front, Biden’s energy plans could have an impact too. His policy on oil exploration became a point of conflict toward the end of the campaign, as Trump claimed his opponent would ban hydraulic fracturing, or fracking, a technique to extract oil and gas from shale,” according to Barron’s.

“Biden denied that he would ban fracking, and the energy plan posted on his campaign site made it clear that he instead plans to stop issuing new fracking leases on federal land. That would impact less than 10% of potential oil production. If extended to leases in the Gulf of Mexico, it could have a larger impact—perhaps curtailing as much as 25% of future production,” reports Barron’s.