You are at:Home»ETF Building Blocks Channel»The Energy ETF Levered to the Most Abundant Substance in the Universe 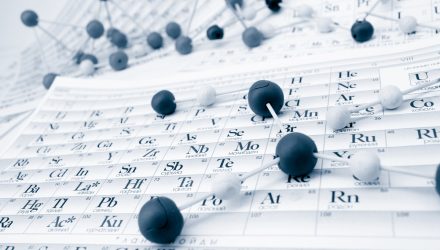 When it comes to investing, the renewable energy conversation usually centers on wind and solar. While it has ample solar and wind exposure, the ALPS Clean Energy ETF (ACES) doesn’t tie itself to those themes.

In fact, ACES is one of the more diverse exchange traded funds in its category. That’s a plus heading into 2021. ACES follows the CIBC Atlas Clean Energy Index. That benchmark is comprised of U.S.- and Canada-based companies that primarily operate in the clean energy sector. Constituents are companies focused on renewables and other clean technologies that enable the evolution of a more sustainable energy sector.

Hydrogen, one of the other clean energy themes represented in ACES, is an industry to watch in 2021.

“Green hydrogen, an alternative fuel generated with clean energy, is experiencing a global resurgence and has been identified as the clean energy source that could help bring the world to net-zero emissions in the coming decades,” reports ABC News.

Hydrogen and the ACES ETF

Investors should take a look at clean energy sector ETFs as renewable energy technologies experience rapid growth and greater adoption across the world.

“Interest in hydrogen has soared in every region of the world and in all sectors of the economy,” said IHS Markit in a recent note. “This widespread momentum is proving to be both a blessing and a curse. A blessing, as every end-use case is being tested somewhere. A curse, as the absence of one dominant use-case and the presence of many ways of producing and transporting hydrogen makes it hard to determine what will trigger the mainstream use of hydrogen as an energy carrier. It is also challenging to identify where there is real progress and where there is just hype.”

ACES is one of the best ETFs for investors looking to tap the hydrogen theme. ACES seeks to provide exposure to the clean power industry both in terms of generation and the underlying technology driving it. Alternative energy sources are an increasingly important part of the power generation conversation.

“President-elect Joe Biden is promising that the U.S. will be able to access green hydrogen at the same cost as conventional hydrogen within a decade as part of his clean energy plan. Several countries around the world already invest heavily into it, including Chile, Japan, Saudi Arabia, Germany and Australia,” according to ABC.