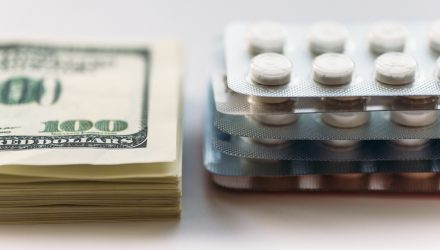 Investing in healthcare stocks is compelling for many investors because of the defensive qualities of blue chip pharmaceuticals companies and the growth prospects of biotechnology names.

However, as sustainable investing becomes an increasingly prominent part of the investment lexicon, some may ponder the virtue, or lack thereof, of embracing companies pushing products with exorbitant costs. Take the example of Biogen’s (NASDAQ: BIIB) recently approved Alzheimer’s drug Aduhelm. That treatment carries an annual price tag of $56,000. In order for Medicare to pick up that tab for millions of patients, the government could spend more on that treatment than it does on the Environmental Protection Agency (EPA) or NASA, according to the New York Times.

It’s no wonder drug pricing reform is back in focus on Capitol Hill. However, investors may not need to fret about the debate’s impact on ETFs like the ALPS Medical Breakthroughs ETF (SBIO).

One of SBIO’s requirements for admission is that companies have at least one drug or therapy in Phase II or Phase III U.S. Food and Drug Administration clinical trials. In other words, it’s fair to say many SBIO components are prioritizing research and development. Over time, that can not only benefit investor outcomes, but those of patients, as well.

Translation: some SBIO components are the very companies that will make progress on life-threatening illnesses and needs currently described by medical community as “unmet.” Politicians are unlikely to stand in the way of those advancements.

“Recent years have seen the introduction of many groundbreaking new treatments for diseases like hepatitis C, cancers, and genetic diseases, including gene therapies,” according to a recent note from Senate Finance Committee Chairman Ron Wyden (D-OR). “The research that led to these medical advances can largely be traced back to small biotechnology companies that take on a disproportionate share of the risk of R&D.”

The mention of smaller biotech companies is relevant to SBIO investors because the ALPS fund only includes firms with market values of $200 million to $5 billion at the time of rebalancing. For now at least, it appears Wyden’s committee wants to allow innovators to continue innovating.

“To protect their ability to innovate, policies developed in the Finance Committee can be tailored to the scale of these companies, as well as other factors that affect their access to capital,” said the senator. 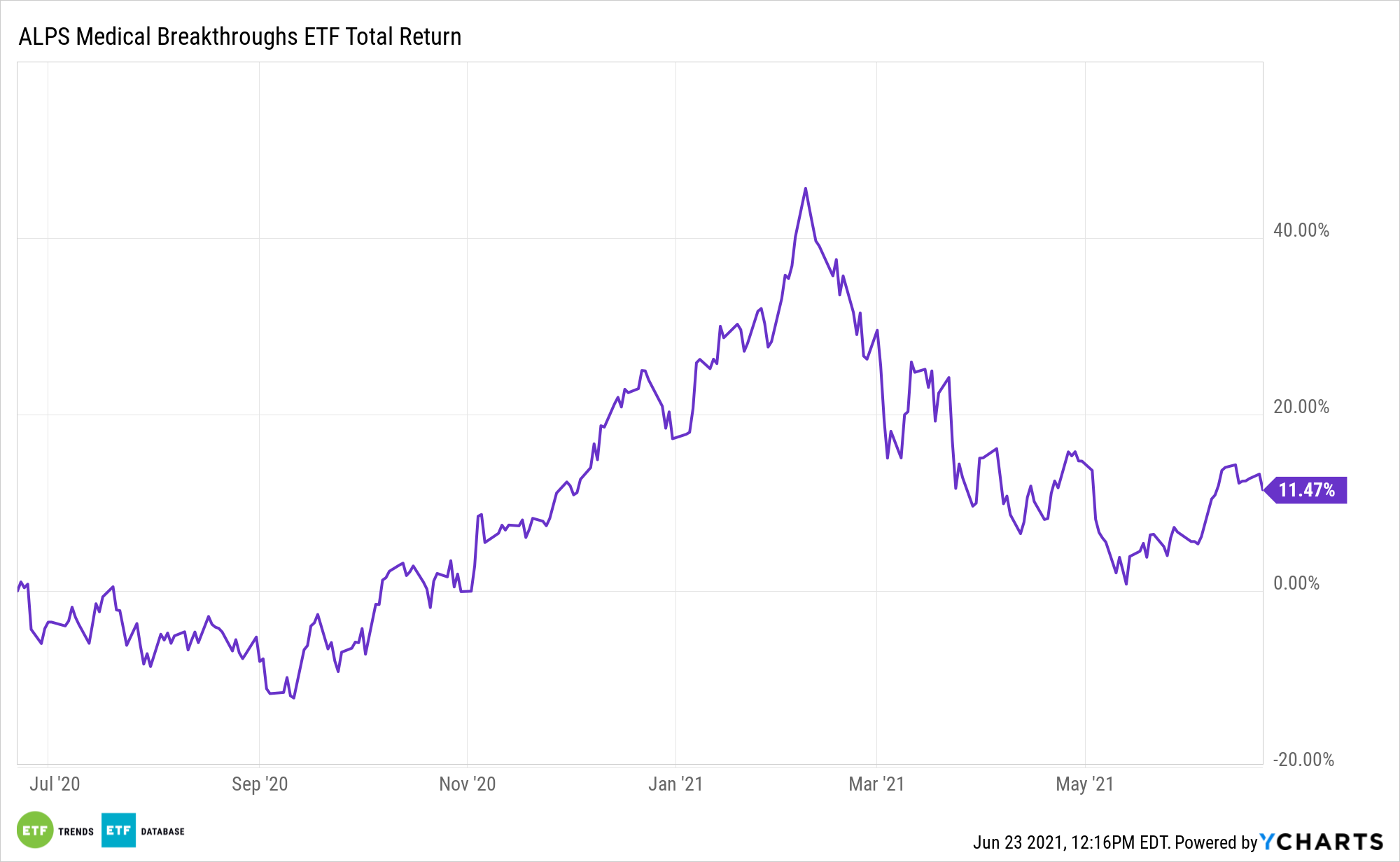