You are at:Home»ETF Building Blocks Channel»Don’t Wait on Politics to Play This Investing Ace 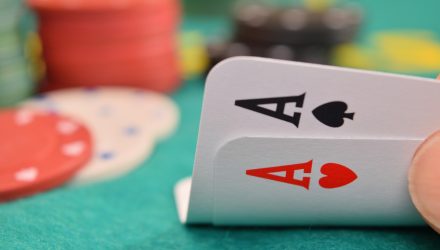 Don’t Wait on Politics to Play This Investing Ace

Renewable energy funds like the ALPS Clean Energy ETF (ACES) have benefited from positive political implications, but with the Biden Administration’s infrastructure plan taking some time to come to life, investors may feel the need to head to the sidelines.

Some experts believe that would be a mistake, as there’s still significant upside opportunities with renewable energy equities regardless of what happens in Washington, D.C.

Uncertainty around the Biden effort “has unfortunately contributed to U.S. institutional investors’ inaction on tackling climate change. In a major study of more than 100 large global institutional chief investment officers, we found that only 47% of North American investors are actively incorporating climate considerations into their portfolio: an important missed opportunity,” writes PGIM COO Taimur Hyat in a commentary piece for Barron’s.

Renewable energy has been a topic of conversation for decades, but only recently has the discussion entered the mainstream.

“End consumer demand for renewable energy has already grown significantly in the U.S. and Europe. In the U.S., for example, voluntary clean power sales have grown by almost 350% since 2010, according to data published by the National Renewable Energy Laboratory,” adds Hyat.

As one example, smart grid technologies will play pivotal roles in the electric vehicle and energy storage equations, putting ACES investors at the epicenter of disruptive booms. ACES has other tailwainds.

“First, shifting consumer preferences for sustainable products and green innovation is breathing a new lease of life into venture and early-stage capital—an investment area that has generated close to net zero alpha since 2000 and faces a shrinking opportunity set given the defensive moats the technology giants have built around their businesses,” continues Hyat.

ACES takes a different approach than what is seen in other traditional clean energy ETFs. Many of the legacy funds in this space focus on one alternative energy concept, such as solar or wind power. For its part, ACES looks to a wide variety of current and emerging clean energy technologies.