You are at:Home»ETF Building Blocks Channel»China Is the Elephant in the ACES Room 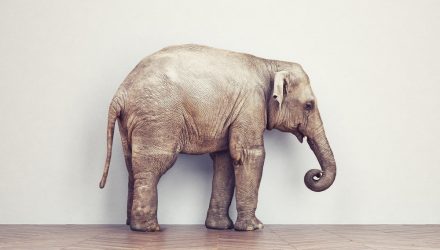 China Is the Elephant in the ACES Room

Renewable energy exchange traded funds, including the ALPS Clean Energy ETF (ACES), could be primed for post-election upside, but investors shouldn’t view these ETFs solely through a domestic lens.

In its efforts to curb the world’s worst pollution, China is an increasingly prominent player on the global renewable energy stage and that’s a significant catalyst for ACES going forward.

“The scope of Xi’s (Jinping) ambition, in a country that still gets two-thirds of its power from coal, is breathtaking. Follow-up documents from a Tsinghua University think tank estimate China will have to spend $15 trillion on green transformation, increasing solar power six times and wind more than three times,” reports Craig Mellow for Barron’s.

ACES Gets Help from Abroad

“Buying the relevant Chinese stocks is another question, however. A lot of good news is already baked in, especially for solar producers, after recent price surges. Shares of industry leader JinkoSolar (JKS) have nearly doubled this year, and No. 2 JA Solar Technology (002459.China) more than tripled, on expectations of a global green reboot after Covid-19 and a potential election victory for environmentally minded U.S. Democrat,” according to Barron’s.