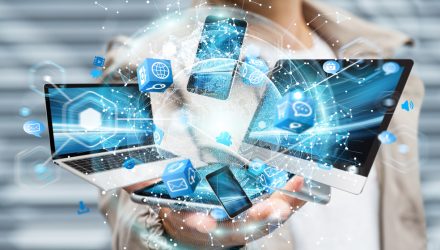 Microsoft (MSFT) missed on both revenue and profit expectations, but the stock rose on the firm’s upbeat guidance for the current fiscal year. Shares of the company were up nearly 5% by mid-day Wednesday.

Google parent Alphabet (GOOGL) reported a decline in earnings for the second quarter in a row, impacted by a slowdown in ad buyers, the company told analysts during its second quarter earnings call. Shares were up nearly 6.5% by mid-day Wednesday.

The S&P 500’s tech sector dropped 22% in 2022 through Monday, its worst start to a year since 2002, around the time the DotCom bubble burst, according to Dow Jones Market Data, the Wall Street Journal reported.

Tech stocks have begun rebounding in the past weeks, partially recouping the first half of the year’s losses. Investors are closely watching this week’s earnings reports from big tech companies, as well as the Federal Reserve’s Wednesday meeting, in which a 75 basis point rate hike is expected.

Investors can access the tech sector with the ALPS Disruptive Technologies ETF (DTEC), which utilizes a unique methodology, setting it apart from other funds offering tech exposure.

DTEC covers 10 different themes within the tech sector: healthcare innovation, the internet of things, clean energy and smart grid, cloud computing, data and analytics, fintech, robotics and AI, cybersecurity, 3D printing, and mobile payments, all with a focus on disruptive technologies and innovation, according to VettaFi. The index selects 10 companies from each theme according to a proprietary model and equally weights each security, effectively giving each theme and each company equal representation.

This methodology results in much more balanced exposure to the sector, which is notorious for being extremely concentrated in just a few mega-cap names. In market cap-weighted funds such as the Fidelity MSCI Information Technology Index ETF (FTEC) and the Vanguard Information Technology ETF (VGT), the top two names — Apple Inc (AAPL) and Microsoft — make up nearly 42% of each fund, according to VettaFi.

This is especially relevant in the current environment, as the most impactful losses in big tech earlier this year were from mega-cap companies, which are still off their highs by double digits.

DTEC was up over 1.2% by mid-day Wednesday and up nearly 1% over a one-month period, according to YCharts.