You are at:Home»ETF Building Blocks Channel»Adapt or Die: An ETF for the Big Oil Companies Going Green 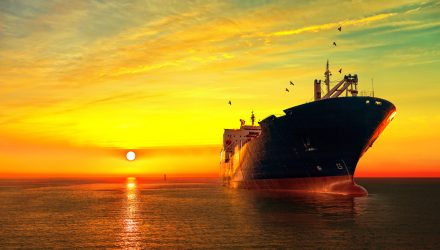 Adapt or Die: An ETF for the Big Oil Companies Going Green

The Alerian Energy Infrastructure ETF (ENFR) doesn’t scream “renewable energy fund”, nor is it advertised as such, but the exchange traded fund offers surprising access to the renewable energy boom.

Believe it or not, traditional energy companies are in the early innings of moving toward lower carbon emissions and embracing green energy.

“Major oil companies are in the early stages of one of the biggest transformations in any industry in decades. Nearly all of them are starting to make investments in low-carbon businesses, investing in wind, solar, and hydrogen power,” reports Avi Salzman for Barron’s.

Renewable energy, which includes solar, wind, geothermal, hydroelectric, and other low carbon sources, is commanding an increasing share of the energy landscape, meaning it’s not only prescient for midstream operators to move into space, but potentially profitable ones, too. Renewables represent a new growth frontier for fossil fuels providers.

“Oil companies aren’t expected to grow much in the years ahead, because even the most bullish analysts doubt that oil demand will rise more than a total of 10% in the next decade from 2019 levels,” according to Barron’s.

Companies must adapt to shifting market conditions or risk being left behind or worse. This particularly true in the energy sector where renewables continue pilfering market share and investors from fossil fuel producers.

However, some traditional energy companies see the writing on the wall and are changing with the times. That includes midstream names, including some residing in.