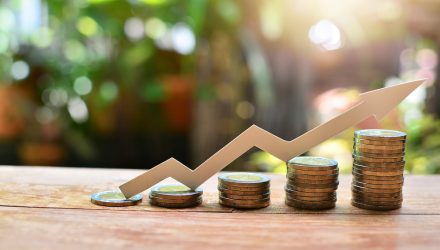 The ALPS Clean Energy ETF (ACES) and other renewable energy funds languished in the first half of this year, but there are near-term catalysts that could breathe new life into this previously beloved corner of the exchange traded funds space.

Add all that up, and there’s ample potential for solar, the largest industry weight in ACES, to provide some near-term pep for the ALPS exchange traded fund. While solar stocks aren’t soaring this year on par with 2020, analysts remain fond of the group.

The three aforementioned stocks, which combine for about 14% of the ACES roster, aren’t the solar names with an imminent earnings report that could support the ETF.

Next week, at least three more solar companies step into the earnings confessional. That trio includes SunPower Corp. (SPWR) on Aug. 3 and Sunrun (RUN) on Aug. 5. That pair combine for over 7% of ACES, and Sunrun is the ETF’s second-largest holding. That name has plenty of fans on Wall Street, too.

“Barclays is similarly bullish on Sunrun and recently named the residential solar installer its top pick. The firm said Sunrun is most exposed to growing demand in California and noted that the stock hasn’t outperformed despite a ‘stellar first-quarter earnings report,” reports Pippa Stevens for CNBC.

While there could be some near-term volatility by way of these earning reports, there’s no denying the long-term outlook for solar is bright.

“We believe the world is committed to cleaner energy, which should underpin healthy growth in the solar industry for the foreseeable future (we continue to have a positive outlook on the sector),” said Stephens analyst Gail Nicholson in a recent report.