You are at:Home»ETF Building Blocks Channel»The ACES ETF: On the Right Side of Renewable Energy History 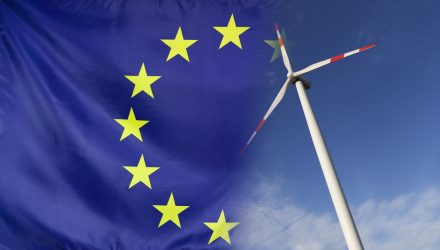 The ACES ETF: On the Right Side of Renewable Energy History

Owing to its relative youth, the renewable energy industry often hits an array of milestones, which is proving rewarding for exchange traded funds such as the ALPS Clean Energy ETF (ACES).

Another milestone was reached last year when Europe generated more electricity from renewables than fossil fuel for the first time on record.

“Europeans got more of their electricity from renewable sources than fossil fuels for the first time last year, according to an annual report from Ember and Agora Energiewende,” reports Jazmin Goodwin for CNN Business. “The report, which has been tracking EU’s power sector since 2015, found that renewables delivered 38% of electricity last year, compared to 37% delivered by fossil fuels.”

Europe is one of the regions most committed to clean energy adoption. The continent speaks to the long-term, international opportunity with ACES.

What makes ACES appealing for long-term investors is that these capital investments take time, often multiple decades. That means there could be a generational trend of rising renewable energy spending ahead.

“The shift comes as other sources, such as wind and solar power, have risen in the European Union. Both sources have nearly doubled since 2015, and as of last year accounted for one-fifth of electricity generation in EU countries, the report found. It’s also the reason why coal power declined 20% last year, making up only 13% of electricity generated in Europe,” according to CNN Business.

“Global investors managing nearly $7tn (£5.2bn) of assets plan to almost double their spending on renewable energy infrastructure over the next five years amid deepening concerns over the fossil fuel industry’s climate plans, according to a report,” an article in The Guardian said. “A survey of institutional investors found that they are planning to increase their renewable energy investments from 4.2% of their overall portfolio to 8.3% in the next five years and 10.8% within the next decade to about $742.5bn.”