You are at:Home»ETF Building Blocks Channel»3 Stocks to Dump in a Rising-Rate Environment 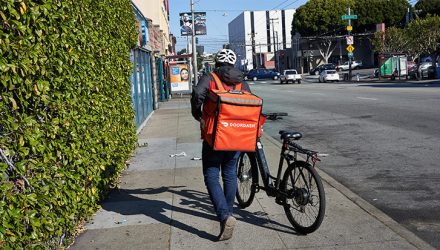 3 Stocks to Dump in a Rising-Rate Environment

February was a wild month for the stock market.

All three major indexes ended the month in the green, with the Dow Industrials adding 4.4% and the S&P gaining 3.4%. And even with its 4.9% decline last week, the technology-heavy Nasdaq still turned out a 1.4% gain.

This may be a sneak preview of what’s coming next for the markets… including three winning sectors and three losing stocks.

The steep sell-off in tech stocks had one culprit: rising interest rates. The 10-year Treasury note jumped to 1.54% from 0.93% at the beginning of the year:

Until recently, many investors have been buying everything BUT bonds.

But then with each positive development related to vaccines, yields started rising.

Loads of fiscal stimulus from the US government—including the latest $1.9 trillion package—and higher economic growth expectations have also lit a fire under yields.

Everyone knows I’m a stock market bull. I turned bullish on the stock market back in July 2020 when I wrote this in my premium investing service, Yield Shark:

“Longtime readers know I’m a stock market bull. Even after the 36% COVID-19 crash earlier this year, I think the secular bull market is back and better than ever.”

And rising government bond yields don’t change that outlook. Interest rates are rising because the economy is about to surge in the second half of the year.

And while the stock market represents the health of Corporate America rather than Main Street, “economically sensitive” stocks will outperform.

But there are certainly a few sectors that become less attractive when interest rates are on the rise. That means…

Some High-Growth Stocks Are about to Be Repriced

Some of the best-performing stocks on the planet last year were high-growth technology companies. And now, some of them are cooling off.

Why are these stocks suddenly worth less? It all comes down to how analysts “price” growth stocks.

At their core, stocks are priced based on earnings. These can be earnings the company earned today and/or earnings investors expect in the future.

Because there’s uncertainty about the future, these future earnings must be “discounted.”

In the tech world, you’ll find a higher-than-average number of companies that are laser-focused on growing their companies… at the expense of all else. That includes turning a profit.

These high-growth companies are considered “pre-earnings.” That means the stocks are priced based on their future cash flows.

When analysts calculate the value of a company’s future cash flows, they use government bonds as the risk-free rate.

When rates go up, these future profits are worth less in today’s dollars. That means their valuation needs to fall in-line with the new interest rate.

In other words, they go on sale.

Everyone loves a bargain. But some of these stocks are better left on the clearance rack… like these high-growth techs that are set to get hit harder than others.

These 3 High-Flying Growth Stocks Are Set for a Pullback

DoorDash (DASH) was one of last year’s hottest IPOs. Shares surged 85% on their first day of trading because of the valuable service DASH provided during the COVID-19 lockdowns.

According to a recent poll, 81% of restaurants say third-party delivery companies helped them avoid layoffs over the last year. DoorDash benefited, too—in the fourth quarter, total orders rose 223% year over year. That was good for $970 million in Q4 2020 revenues.

Even with consumer trends currently in its favor, DASH is nowhere near earning a profit on an annual basis. That’s going to be ever harder when restaurants open back up. On top of that, rates are on the rise. These are all good reasons to steer clear of DASH.

Next on my list is a popular electric vehicle company called Workhorse Group (WKHS).

Workhorse’s mission was to create the first electric delivery truck. While the company was at one point the favorite to win a contract with the US Postal Service, that deal recently fell through.

The news sent the stock down 58% in only a few weeks:

Considering the company was already years away from turning a profit, you could say WKHS is ready for the glue factory. I don’t even think the Reddit crowd could bring this horse back to life.

Last on my list is another recent IPO: Lemonade (LMND).

LMND’s goal is to disrupt the US insurance market by using artificial intelligence and behavioral economics. Sounds good, right?

Here’s something that doesn’t resonate: The CFO claims the company is currently not profitable “by design.”

Whatever the reason for that, it’s hard to see a path to profitability for this up-and-coming company. And with rates ticking up, those future cash flows will be discounted even further.

That will only put pressure on LMND shares going forward, which is a major reason to stay away from the stock.

Interest rates aren’t the only thing starting to trend higher. The same is happening with inflation. You can already see it in your grocery bills and restaurant tabs.