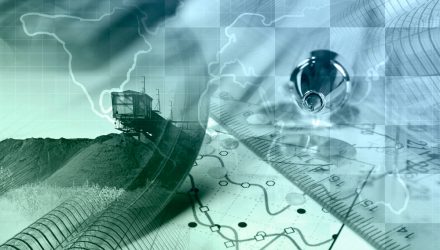 The SPDR Metals & Mining ETF (NYSEArca: XME) is among the metals and mining exchange traded funds racing higher this year.

In fact, XME is a clear leader in the clubhouse with a 37.32% year-to-date gain. XME’s 2022 surge is built on the back of an array of credible fundamental factors, including high inflation, geopolitical conflict, and soaring demand for materials from multiple corners of the renewable energy industry.

Owing to those tailwinds and others, it’s not surprising that some analysts are bullish on XME and related ETFs. On that note, the SPDR fund is Bank of America’s top pick in this category.

“Increased policy focus is a secular tailwind for Metals & Mining ETFs as lawmakers from both parties prioritize mineral supply chain resilience,” said the bank in a recent report. “With global demand for critical minerals like lithium, cobalt, and rare earths set to increase by 400-600% over the next several decades, policymakers have acknowledged that reliance on China and other international suppliers is no longer tenable.”

As investors know all too well when it comes to energy and mining projects, government policy can be a drag on these efforts. Bank of America acknowledges as much, but adds that the longer-ranging outlook is attractive.

“Policy focus and subsequent business investment provide a catalyst as new projects are announced. A risk to federal policy initiatives is pushback at the regional/local level that can materially extend project timelines,” according to the bank. “For example, the Rosemont copper mine in Arizona has been stalled since 2007 and is currently being held up in the Ninth circuit court of appeals. That said, we think the long-term outlook for investment is positive.”

Adding to the allure of XME and some rivals is the point that many of the companies residing in the SPDR fund, though cyclical, are considered value stocks and are increasingly bolstering free cash flow-generating capabilities.

“Miners look attractive now as companies have generated significant free cash flow by exercising capital discipline amid the spike in commodity prices. This bodes well for shareholders in the near term,” notes Bank of America. “Longer-term, the space can benefit from increased policy focus where investment is likely to be better incentivized.”

Specific to XME, BofA notes that the ETF is extended on a technical basis to an extent that was seen in 2009, 2016, and 2020. Each of those instances gave way to pullbacks with the retreats later giving way to 32% (on average) rallies.