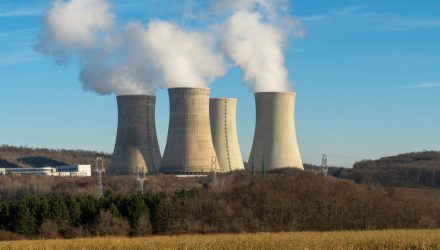 You may have read that, last week, the United Nations declared a “Code Red” climate emergency based upon a recent, exhaustive scientific study.  All major countries and economies (194 nations to be exact) officially agreed to the report.  Even an attempt by Saudi Arabia to water down “Carbon Warming” to “Greenhouse Gas Warming” was rejected.  From an investment perspective, we know that addressing climate change has enormous implications, but can governments collectively deliver effective policies to save the planet?  In democracies, will citizens agree to a degree of inconvenience for the benefit of younger generations?

The simple reality is that, over our lifetimes, the amount of greenhouse gas – CO2 but others also – has risen faster than any previous historical core sample, bog chronology or rock core shows. The rise is now creating climate instability with a pace of change such as we’ve never seen before. Consequences are inevitable.  It is going to cost trillions to address and take decades to potentially solve or even mitigate.

Some have compared the challenge of combating climate change to the mobilization, coordination and sacrifice seen during the World Wars.  Climate change introduces new conundrums – who pays for the problem of the collective?  Were we to constrain our economy, how can we guarantee others are doing the same?

One issue pertaining to climate change is the banishment of nuclear power through much of the developed world.  Nuclear power has a PR problem.  Nuclear meltdowns, while rarer than once-in-a-generation, have massive consequences.  And the issue of how best to store nuclear waste is contentious.  Like it or not, the intermittency challenges poised by solar and wind-generated power mean that those solutions are not dependable enough to provide a complete solution, particularly in colder regions.  Nuclear is the safest form of power generation when analyzed by deaths per unit of electricity generated. 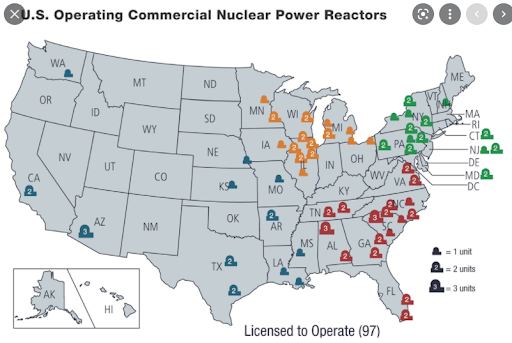 In April of this year, California shut down its last remaining nuclear plant (Diablo Canyon) which produced 18GW of power or 10% of the state’s energy portfolio.  Diablo Canyon will be retired against the backdrop of the electrification of California’s transportation system, which is likely to increase electricity demand in aggregate.  Without careful planning, the state of California will be forced to rely on short-term procurements, scrambling to add bits of green power here and there.

Today there are fewer than 400 reactors operating in 31 countries.  Most were built in the two decades after the 1970s.  The total generating capacity of nuclear two years ago was 345GW, but this is falling rapidly.  About five years ago, Lithuania and Italy shut down all their reactors.  Germany is phasing theirs out in favor of buying natural gas from Russia.  All except three of Japan’s remain offline following the Fukushima disaster in 2011.  Austria and the Philippines have fully build-out plants that have never been used.

France derives 70% of its energy from nuclear.  Finland and Sweden are both at about 30%.  China has 24 reactors under construction as it strives to shut down inefficient coal plants and clear the notoriously polluted air around its industrial centers, however nuclear is only 5% of capacity today.  India has ambitious plans to increase nuclear capacity but derives only 3% of power generation from nuclear.  Africa has just one operating nuclear power station in South Africa.  South America has two – one in Brazil and another in Argentina.  Brazil and Argentina are blessed with tremendous hydropower thanks to Iguazu Falls.

While nuclear power generation is haunted by three disasters over the last forty years, technology for both generation and the storage of waste have come a long way.  There are new technologies providing a more reliable cooling system for reactors, led by Bill Gates’ TerraPower.  Advanced reactors produce less waste via Natrium technology which utilizes radioactive uranium fuel much more efficiently.  Modular reactors are being produced and tested in Puerto Rico by a company called NuScale.  These smaller reactors can self-cool without any need for additional water or power.

If we want to attempt to moderate climate change over the next decade, wind and solar power will not be enough.  Nuclear power is the most efficient and safest green fuel source and needs to be considered as part of the solution.