In this blog, we try to answer a simple question: what drives the S&P PACT Indices’ weights?

First, companies are excluded (exclusion effect) due to business activities, public controversies,[1] and a low alignment score with the principals of the UN Global Compact—these companies receive zero weight.

Second, companies that remain are reweighted (reweighting effect) to achieve climate-related objectives.[2] Companies that perform well from a climate perspective receive an overweight, while those that perform poorly receive an underweight or zero weight, as shown in Exhibit 1. 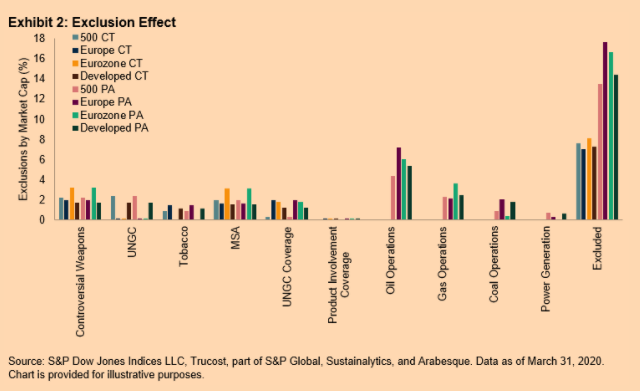 When reweighting eligible companies to meet the climate objectives, we observe (see Exhibit 3) company performance on four climate metrics to have the largest and most significant impact on the change of company weights, across regions: 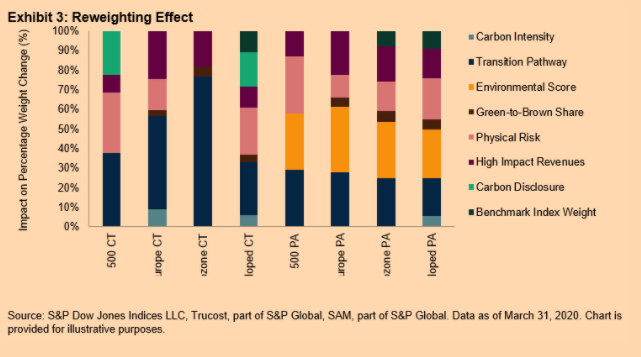