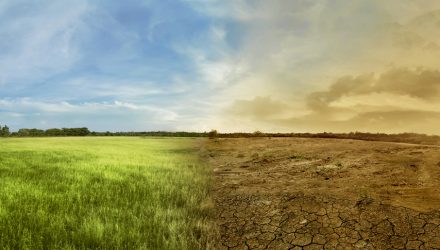 The United Nations warned that the world needs to do better in achieving its climate change goals, as we’re “way off track” in our fight to cap rising temperatures.

According to a U.N. World Meteorological Organization (WMO) report, carbon dioxide levels jumped to a record 413.2 parts per million in 2020, increasing more than the average rate for the past decade, even after a temporary decline in emissions due to COVID-19 lockdowns, Reuters reports.

WMO Secretary-General Petteri Taalas warned that the current rising rate of heat-trapping greenhouse gases could contribute to a rise in temperatures that is “far in excess” of the 2015 Paris Agreement target of 1.5 degrees Celsius above the pre-industrial average for the century.

“We are way off track. We need to revisit our industrial, energy and transport systems and whole way of life,” Taalas said, calling for a “dramatic increase” in commitments.

Taalas’ comments come ahead of U.N. climate talks in Glasgow, Scotland where global leaders will be coming together to discuss ways to mitigate harmful gas emissions and achieve a goal of capping global warming at the 1.5 to 2 degrees Celsius upper limit stipulated in the Paris Agreement.

Looking at world countries’ current pledges, the U.N. Framework Convention on Climate Change (UNFCCC) projected that global emissions would be 16% higher in 2030 compared to 2010. The estimates are far off the 45% reduction by 2030 that scientists argued would be required to cap warming at 1.5 degrees and avoid the worst of climate change’s impacts.

“Overshooting the temperature goals will lead to a destabilised world and endless suffering, especially among those who have contributed the least to the (greenhouse gas) emissions in the atmosphere,” Patricia Espinosa, Executive Secretary of the UNFCCC, said.

“We are nowhere near where science says we should be,” Espinosa added.

A Reuters poll of economists indicated that reaching the Paris goal of net-zero carbon emissions will require investments toward a green transition of about 2% to 3% of world output each year through 2050, which is expected to be far less than the economic cost of doing nothing. A “business-as-usual” outlook could cause temperature increases of of 1.6 Celsius, 2.4 Celsius, and 4.4 Celsius by 2030, 2050 and 2100, respectively, which would result in 2.4% lost output by 2030, 10% by 2050, and 18% by 2100, according to the median replies to the survey.