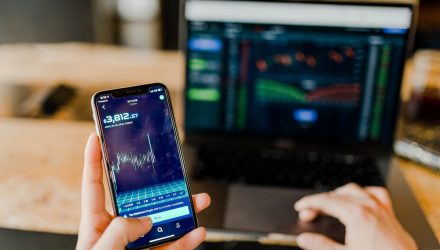 U.S. markets and stock exchange traded funds jumped Wednesday on hopes for a new coronavirus pandemic relief package, along with upbeat economic data, as the major benchmarks were on pace for their best two-quarter gains in 11 years.

“The real thing that’s pushing the markets higher today is hopes for additional stimulus,” Robert Pavlik, chief investment strategist at SlateStone Wealth LLC, told Reuters. “But you combine that with good economic news and throw in quarter-end window dressing, you end up with a market that’s up as opposed to where futures were headed last night after the debate.”

The S&P 500 and Nasdaq Composite both enjoyed a string of record highs in July and August before pulling back on uncertainty over the latest coronavirus relief package in September.

Investors were also going over Tuesday night’s presidential debate where President Donald Trump and former Vice President Joe Biden talked over each other and traded insults on the COVID-19 pandemic, healthcare, and the economy.

“The debate made it look like we had preschoolers running the country,” Pavlik added. “It wasn’t a debate it was an argument. It didn’t inspire any confidence.”

Meanwhile, the Federal Reserve approved how it will set interest rates in the third quarter, indicating it could leave rates low for years.

“The big surprise was the adaptability,” Stephen Lee, a founding principal at Logan Capital Management, told the WSJ. “The economy showed how adaptable it is.”