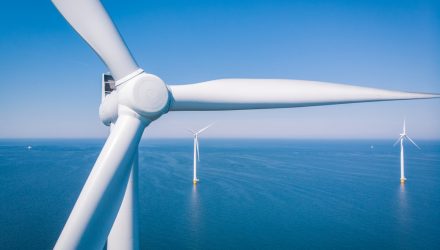 The United States has given the go ahead for the first large-scale offshore wind turbine construction project as the country aims to shift away from harmful fossil fuels to clean energy.

In a statement, the U.S. Department of the Interior said a new 800 megawatt Vineyard Wind 1 project will be located in waters off the coast of Massachusetts, marking “the first large-scale, offshore wind project in the United States,” CNBC reports.

The Vineyard Wind project is projected to add 3,600 jobs and “provide enough power for 400,000 homes and businesses.”

The DOI also said that a Record of Decision had granted Vineyard Wind “final federal approval to install 84 or fewer turbines off Massachusetts as part of an 800-megawatt offshore wind energy facility.”

Vineyard Wind is a 50-50 venture between Copenhagen Infrastructure Partners and Avangrid Renewables, which is a subsidiary of Avangrid and a part of the Iberdrola Group, a major utility headquartered in Spain.

“This is the permit needed to now allow us to go ahead and build the project,” Cole told CNBC. “This is the first of its kind in the U.S. and it’s expected to be followed by many other projects, so this is really the one which is going to kick off, in earnest, the U.S. offshore wind sector.”

“American offshore wind is a generational opportunity, and its outlook is more certain with the Vineyard Wind Record of Decision,” Milito told CNBC.

According to the U.S. Energy Information Administration, wind’s share of utility-scale electricity generation was only 8.4% in 2020.