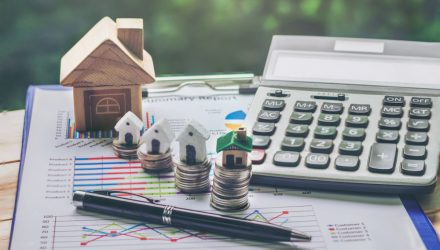 With interest rates rising and more hikes likely on the way as the Federal Reserve looks to cool inflation, rate-sensitive sectors may not be appealing to investors. So market participants are to be forgiven if they’re glossing over assets such as utilities stocks, such as the Utilities Select Sector SPDR Fund (XLU). On the other hand, there might just be more than meets the eye — in a good way — regarding the utilities ETF opportunity.

There’s no getting around the interest rate sensitivity of utilities ETFs, but there’s also no denying that XLU — the largest utilities ETF — is performing significantly less poorly than the broader market this year. XLU is down just 6% year-to-date while the S&P 500 is lower by 20.61%, and that outperformance is arriving despite the aforementioned rising interest rates. Plus, the sector’s earnings stability is well-documented.

“However, the Utilities sector has shown a more stable earnings outlook. Since utilities generally pass fuel, operational and maintenance costs to customers and demand for their services is inelastic, high inflation has had little impact on the sector’s bottom line this year. In fact, Utilities is the only sector, barring Energy, that has seen earnings upgrades for this year and stable earnings for next year,” noted Anqi Dong, senior research strategist at State Street Global Advisors (SSGA).

Owing to its favorable volatility traits and above-average dividend yield, XLU has often historically been shelters from the storm amid recessions. That’s another point to mull amid the slowing economy.

“According to our sector business cycle analysis, Utilities outperformed the broad market during all past recession periods by an average of 11% and was one of the three best-performing sectors during recession. Utilities also has historically outperformed the broad market when the yield curve flattens , signaling weak economic growth prospects similar to the current market environment,” added Dong.

Plus, XLU may not yet be getting the credit it deserves as a play on the recently signed Inflation Reduction Act. Some XLU components are increasingly prominent players in the distribution of renewable energy sources.

“The production and investment tax credit incentives included in the IRA 2022 may help reduce the cost of utilities’ transition to renewable energy resources over the next decade. The addition of renewable assets may also help utilities align their generation mix with states’ environmental goals and customers’ interests, expanding their rate base and providing a new source of earnings growth over the long term,” concluded SSGA’s Dong.