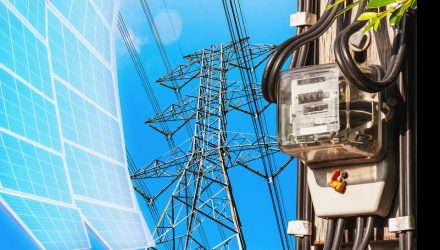 For generations, the primary source of consumer and corporate electricity in the U.S. was coal. Later, utilities added cleaner-burning natural gas to the mix, but some environmentalists say natural gas isn’t clean enough.

In other words, there was a time when utilities stocks and exchange traded funds, such as the Utilities Select Sector SPDR Fund (NYSEArca: XLU), weren’t usually thought of as clean energy investing ideas. However, that’s changing amid growing adoption of renewables.

Recently, the U.S. Supreme Court ruled that the Environmental Protection Agency (EPA) has limited purview to shut down power plants that run on fossil fuels. While that decision irks plenty of environmental groups, it’s not a blow to utilities, including XLU components, because the sector is already trimming coal dependency.

“The industry already has halved its use of coal—the worst major fuel source from a climate standpoint—in the past decade to 21% of electricity generation. Its use of coal is headed toward zero by 2035. The shift has helped the U.S. to reduce carbon emissions by more than any other country since 2005. Gas produces about half the carbon emissions of coal,” reported Andrew Bary for Barron’s.

It’s in utilities’ interest to embrace clean energy. In April, the U.S. set a record for percentage of power generated from solar, wind, and the like. That’s confirmation that utilities are upping green energy exposure, but it’s also a sign that there’s political pressure to do so. The more utilities stay on the right side of politicians and regulators, the better it is for investors.

Second, natural gas prices are soaring this year, meaning utilities are passing those costs onto customers. With inflation from other segments already gripping working families, the optics of utilities working to drive costs lower via renewables could be positive.

“Key challenges for the industry are maintaining grid reliability and holding down electric rates as renewable power grows,” according to Barron’s. “Favorable economics and pressure from politicians, state utility regulators, and investors have driven the shift.”

“The sector isn’t cheap, trading for about 20 times projected 2022 earnings, a premium to the overall market, but its outlook is the best in decades. Investments in renewable power, transmission lines, and grid improvements should drive mid- to high single-digit annual profit growth industrywide,” concluded Barron’s.