You are at:Home»ESG Channel»U.S., China Make Steps Toward Cooperating on Climate Change 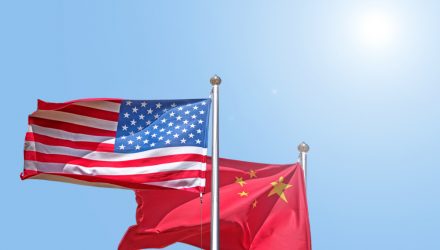 The United States and China have agreed to cooperate on the issue of climate change with urgency, as President Joe Biden is set to host a virtual Earth Day climate summit with world leaders.

An agreement between the world’s two biggest carbon polluters will show they “are committed to cooperating with each other and with other countries to tackle the climate crisis, which must be addressed with the seriousness and urgency that it demands,” said the statement, issued Saturday evening, according to the Associated Press.

U.S. special envoy for climate John Kerry and his Chinese counterpart Xie Zhenhua came together after two days of talks in Shanghai last week. Kerry said the language in the statement is “strong” and that the two countries agreed on “critical elements on where we have to go.”

Nevertheless, Kerry issued a word of caution, adding “I learned in diplomacy that you don’t put your back on the words, you put on actions. We all need to see what happens.”

China is the world’s biggest carbon emitter, followed by the U.S., with both accounting for nearly half of the fossil fuel fumes that are contributing to warming the planet’s atmosphere. Both countries’ cooperation is key to the success of a global plan to diminish the negative effects of climate change. However, some are concerned that friction over human rights, trade, and China’s territorial claims to Taiwan and the South China Sea could undermine any collaboration.

In the upcoming April 22 to 23 summit, the U.S. and other countries are expected to reveal more detailed national targets on reducing their carbon emissions ahead of or at the meeting, along with financial support to combat climate change. The summit will try to relaunch global efforts to keep rising global temperatures to below 1.5 degrees Celsius, or 2.7 degrees Fahrenheit, following the guidelines of the Paris accord.

Chinese Vice Foreign Minister Le Yucheng, though, was reluctant to reveal concrete plans, as China is unlikely to make any new pledges at this week’s summit.

“For a big country with 1.4 billion people, these goals are not easily delivered,” Le told the AP. “Some countries are asking China to achieve the goals earlier. I am afraid this is not very realistic.”