You are at:Home»ESG Channel»Top Global Companies are Increasingly Led by Women 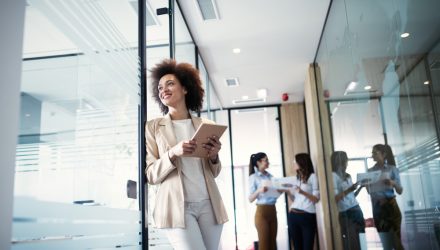 The number of female executives in charge of top global performing companies rose this year, reflecting the growing importance of governance to investors and the general public.

Fortune compiles a yearly list of the 500 largest companies in the world, whose combined sales equated to $31.7 trillion, roughly one-third of the global GDP. This year, nine new women are now running companies, reflecting the highest percentage of female-led companies that Fortune has recorded since initially creating the list.

Women now run 23 of the top 500 companies, and while most companies still remain overwhelmingly male, the diversity is growing. In 2020, there was one singular woman of color as CEO; this year there are six. While women still remain a small percentage of total CEOs, the gender gap is bound to continue shifting as companies come under increasing pressure by investors and regulators to diversify their boards.

Companies that carried over female leadership from the year prior include UPS, GM, Progressive, Oracle, General Dynamics, Best Buy, and Anthem, to name a few.

‘SHE’ Invests in a Female Future

For the purposes of the index, “executives” are defined as any Vice President position in a company and higher, or any Managing Director position and above in a financial sector company.

According to their free-float market cap, the top-ranking 10% of companies within each sector are selected and weighted proportionally. Each stock has a maximum weight cap of 5%.

Currently, the fund’s top three holdings include Walt Disney Company at a 4.97% weight, Visa at a 4.88% weight, and PayPal Holdings Inc at 4.70% weight.