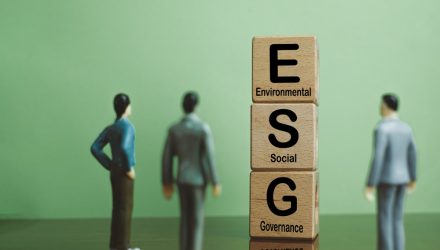 This ETF Has Surprising ESG Potential

Sectors and industries such as traditional energy, materials, and mining aren’t often thought of as bastions of environmental, social, and governance (ESG) promise. Actually, many investors and ESG observers view those groups as likely ESG offenders.

While there’s no denying oil companies and miners have ample experience with environmental controversies, some are looking to shed those dubious legacies and become more environmentally conscious, if not transition to clean energy leadership. That transition could open the door to opportunity with exchange traded funds such as the SPDR S&P Global Natural Resources ETF (GNR).

Undoubtedly, its name alone makes GNR an interesting candidate for inclusion in the ESG and renewable energy investing conversations, but upon closer examination, GNR is a pleasant surprise. The reason is simple: Oil majors such as BP (NYSE: BP) and Exxon Mobil (NYSE: XOM), both of which are top 10 holdings in GNR, are increasingly prominent players on the global clean energy stage.

Over the next several years, global oil majors “will have enough money to fund all of their drilling, pay off debt, send dividends to shareholders, and still place large bets on low-carbon businesses. New government subsidies for carbon-reduction technologies, both in the U.S. and Europe, will give those investments a nice kick,” reported Avi Salzman for Barron’s.

The four oil mentioned here “are building enough offshore wind farms to supply millions of homes on the East Coast with electricity and are preparing to produce hundreds of millions of gallons of fuel made from plants, garbage, and kitchen grease. They’re increasingly confident that they can get greener without sacrificing profits,” according to Barron’s.

In order, Shell, Exxon Mobil, BP, and Chevron are each top 10 holdings in GNR and combine for about 14.7% of the ETF’s lineup. Interestingly, markets may not be giving BP and Exxon adequate credit for improving balance sheets and increasing renewables exposure.

“Both stocks, however, trade as if the oil businesses are on the decline and the new projects will mostly be busts. BP fetches less than four times expected 2022 earnings, and Exxon, for less than eight, or about half of the multiple of the broad market. That could make for good entry points to the stocks,” concluded Barron’s.