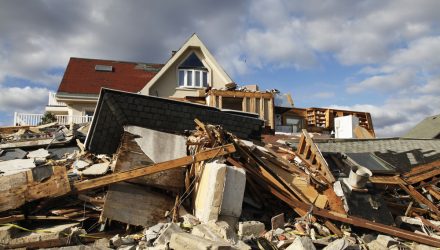 The Increasing Costs of Being Complacent on Climate Change

Global economies are beginning to tackle the challenge of climate change to try to avoid incurring billions of dollars in potential costs down the road.

For example, Superstorm Sandy caused an estimated $70 billion in damages in the U.S. due to flooding damage, NPR reports.

According to new research published in the journal Nature Communications, the cost associated with human-induced sea-level rise contributed to about $8 billion in excess flooding damage during Hurricane Sandy and affected an additional 70,000 people.

According to the National Oceanic and Atmospheric Administration, sea levels at the tip of Manhattan have increased around eight inches since 1950. Looking ahead, expectations are that by mid-century, water levels could increase by over a foot in New York City, when compared to the year 2000.

If the world maintains its current trajectory, climate-warming greenhouse gas emissions would contribute to the world’s ice sheets rapidly melting.

The subsequent elevated sea levels would cause more areas to be susceptible to flooding, storm surges, and other problems associated with hurricanes, along with more chronic flooding from high tides.

“Increasingly, we have the tools to simulate these events and study and quantify the impact of climate change on people’s lives,” Orton added. “People’s lives were dramatically changed by Hurricane Sandy, and a lot of them don’t realize it had to do with climate change at all.”

In a bid to obviate this increasingly negative outlook, the Biden administration has made combating climate change one of its main priorities. The administration has proposed a major shift in the country’s energy and transportation sectors to reduce harmful greenhouse gas emissions, with the goal of making the U.S. carbon neutral by 2050.