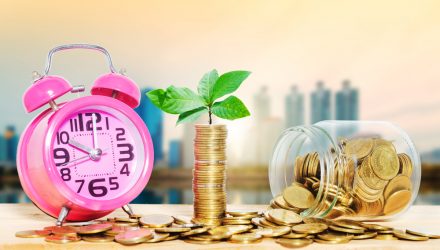 The Growth of ESG Investments Could Hit a Speed Bump

The development of environmental, social and governance based strategies could come against a wall after the U.S. Labor Department plans to make it more difficult for retirement plans to include socially responsible investments.

The U.S. Labor Department in June proposed a rule that would make it more difficult for socially responsible funds that select securities based on environmental, social and governance factors to be included in 401(k) plans, the Wall Street Journal reports. The rule could take effect as early as January 1.

According to the American Retirement Association’s Plan Sponsor Council of America, only 2.8% of 401(k)s offered an ESG fund as an option. Given the huge amount of money in 401(k) plans, the relatively small size of ESG investments compared to the other fund assets may be partially explained by the reluctance of retirement plans to include socially responsible options, despite survey results that show high investor demand for ESG funds. Nevertheless, some workers could push for greater ESG inclusion.

“It is making its way more through a side door,” Chris McKnett, co-head of sustainable investing at Wells Fargo Asset Management, told the WSJ, pointing to funds that don’t identify specifically as ESG but claim to at least consider ESG factors when picking stocks or other investments.

ESG proponents argued that the Labor Department’s new rule singles out ESG investments unfairly for heightened scrutiny and the decision was based on a flawed idea that ESG sacrifices returns.

“The proposal creates an overly prescriptive and burdensome standard,” BlackRock Inc., the world’s largest money manager, said in its comment to the department. “We find that ESG has much in common with existing quality metrics, such as strong balance sheets, suggesting that ESG-friendly portfolios could be more resilient in downturns.”