You are at:Home»ESG Channel»Soaring Oil Prices Could Push for Clean Energy Faster 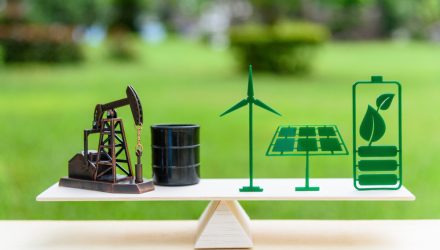 Oil prices have hit over $80 a barrel and a seven-year high, and with economies pushing through pandemic recovery and a good portion of the Northern Hemisphere facing natural gas price spikes already, it could spell disaster for economies, reports Financial Times.

The Biden administration, one that has been very vocally against oil reliance, has been trying to push for greater oil production recently as shortages are driving prices higher. The administration is purportedly considering releasing crude oil from its strategic stockpiles to help assuage prices, even if temporarily.

The price rally of oil has some worried that it will land the world squarely in triple digit territory with prices that haven’t been seen since the global financial crisis in 2008 when oil was nearly $150 a barrel. While some are viewing it as a last surge before the clean energy transition starts to firmly take hold, other analysts are viewing it with alarming concern.

Most analysts and industry experts believe that the issues of the oil industry are simply too big for one price spike to rectify anything, and that the transition to lower-emission energy sources and practices will naturally overwhelm the industry in the long term. Short-term though, the world could be in trouble.

An upside to soaring oil costs is the attention and sense of urgency it could bring to the transition to renewable energy from fossil fuel dependency.

This is something that “will lead to a rethink of priorities and investment and timing,” says Daniel Yergin, vice-president of consultancy at IHS Markit. “It puts energy security and reliability back on the same agenda as energy transition.”

That’s not the same as being devoid of all oil stocks. The fund still has minor allocations to fossil fuel companies, including Valero (VLO) and Halliburton (HAL). But without exposure to companies actually holding the physical oil, coal, or gas reserves, the fund’s energy allocation is much reduced. Energy comprises just 0.76% of the ETF’s sector make-up, as compared to 2.82% of the SPDR S&P 500 ETF Trust (SPY).

Top sector allocations of SPYX include information technology at 28.59%, consumer discretionary at 13.31%, and healthcare at 13.26%.