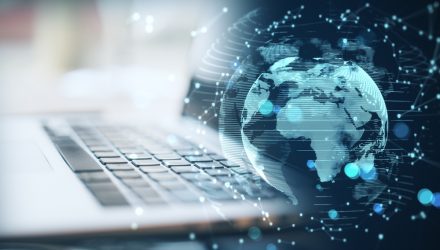 Entering 2023, there were expectations that this could finally be the year that emerging markets equities give investors something to cheer about following a lengthy run of laggard status.

While the year is still in its early innings, there’s evidence to suggest that the above thought could play out as 2023 unfolds, as the widely observed MSCI Emerging Markets Index is higher by almost 9%, as of January 17. Should that performance continue, investors could be compelled to examine exchange traded funds such as the SPDR Bloomberg SASB Emerging Markets ESG Select ETF (REMG).

REMG could be at the right place at the right time because on the back of its COVID-19 reopening, China is expected to be a global growth leader. Plus, other emerging economies are tipped to contribute to the cause.

“We are confident that we are at the beginning of an emerging-market bull cycle,” said Jonathan Garner, Morgan Stanley’s chief Asia and emerging market strategist. “As in previous cycles we expect this to be led by the large North Asian markets—China, Korea and Taiwan. The weakening in the U.S. dollar and China’s movement to a more sustainable COVID-management policy have improved the overall earnings outlook of the region.”

China, which is the world’s second-largest economy, accounts for 36.56% of REMG’s geographic exposure, while Taiwan and South Korea — two of the higher-quality developing markets — combine for almost 22%. Plus, South Korea and Taiwan offering compelling valuations.

“Additionally, in the Korea and Taiwan markets, where stocks have broadly underperformed in 2022, valuations are cheap and typically bottom before tech inventory cycles turn. These early-cycle markets have the best track record of leading recoveries in Asia and emerging market equities,” according to Morgan Stanley.

Discounts aren’t as easy to come by in India, which is Asia’s third-largest economy. However, that country holds appeal for investors, and that’s relevant to those considering REMG because Indian stocks account for 14.05% of the ETF’s roster.

“Given high valuations and the relative outperformance of India’s equity market this year, it may lag the recovery in China, Korea and Taiwan. Still, Morgan Stanley’s India strategists are bullish on the country’s prospects over the next decade and think the market will benefit from investor interest and longer-term shifts to a multipolar world,” added the bank.

Broadly speaking, Morgan Stanley is constructive on Asian economies for 2023. That’s pertinent in discussing REMG because eight of the ETF’s top 15 geographic exposures are Asia-Pacific nations.