Energy independence through clean energy isn’t as it may seem

The Russia-Ukraine war has caused countries around the globe to evaluate their reliance on Russian fossil fuels. One of the key reasons we have not seen more aggressive sanctions from the EU and others is the high dependence they have on Russian oil and gas to keep their citizens’ lights on, and homes heated. It is a predicament that provides an opportunity to explore long-term energy sourcing.

What the domestic energy future should like varies depending on who you talk to. JPMorgan Chase CEO Jamie Dimon recently proposed a modern day Marshall Plan, summoning U.S. domestic energy production to keep America’s economy booming while also saving allies across the pond. Many clean energy advocates, on the other hand, have used this controversy to push harder for an electrified economy. They argue that widespread adoption of wind and solar power, coupled with ubiquitous electric vehicles, is the best approach to gain energy independence.

But these renewable technologies still require a vast amount of non-renewable minerals and manufactured products, and in 2022 the stark reality is that China dominates this market – even outside of China. For electric vehicle (EV) batteries, Chinese-owned companies control lithium mines in places like Chile and Australia and have a stranglehold on the world’s cobalt reserves that principally lie in the Democratic Republic of Congo. The Chinese have such a strong grip on the resources that the route toward a clean energy future is clear: all roads lead to the Belt Road. 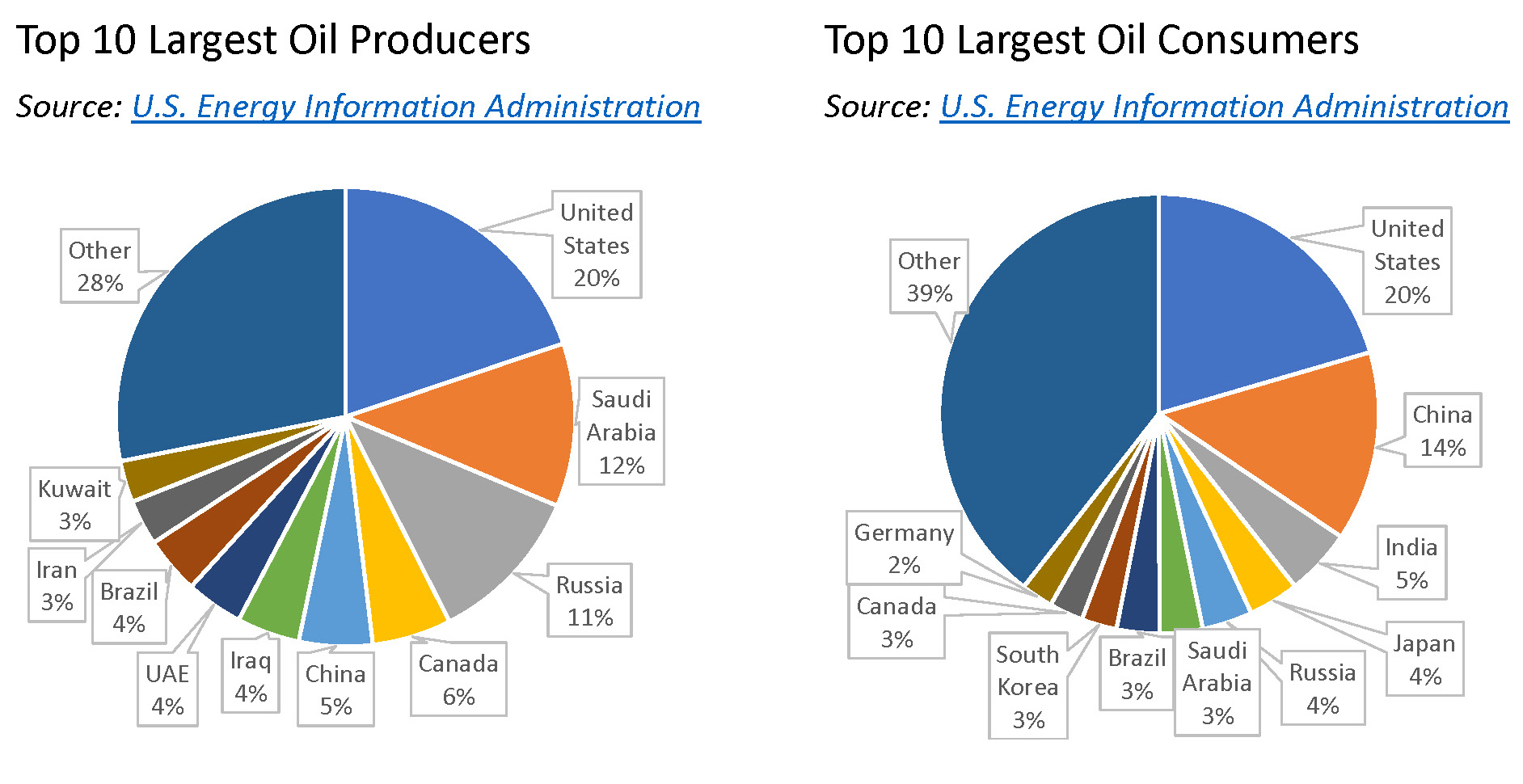 China, which has increased ties to Russia in recent years, conspicuously abstained to condemn Russia during a UN Security Council meeting and has been quiet on the war. China, the largest importer of Russian oil even before the war began, would be prepared to take all the natural gas and coal intended for Europe in the event it placed sanctions on Russia directly targeting fossil fuel imports. China would burn these fossil fuels to feed its economy’s insatiable appetite for energy, which includes making renewable components to send to Europe and America. This is not what ESG advocates mean by a circular economy.

For decades, China has been putting the pieces in place both domestically and internationally to control the entire value chain of our future clean economy. At home, key strategic moves have scaled manufacturing capabilities, such as forcing foreign auto companies to transfer crucial battery technologies to local ones and providing generous subsidies and cheap energy for solar panel production. Now China has seven of the top ten wind turbine producers, and it manufactures over 80% of the world’s solar cells and lithium-ion batteries.

China’s domination of raw materials may be of even bigger concern. China’s dominance of rare earth metals has far-reaching implications for national defense capabilities (the manufacturing of military technology is heavily reliant on a multitude of rare earths). Clean energy technologies also compete for these limited metals and a handful of others that are hard to source; 70% of the rare earths are mined in China, and 90% are processed there for use in manufacturing. To put this into perspective, the U.S. has only one active rare earth mine, the Mountain Pass in California, and currently has no domestic capability to process any of them for use. So, when America needs neodymium, a magnet used in wind turbines, it comes from China. So do key minerals needed for solar panel production, such as tellurium, indium, and gallium. 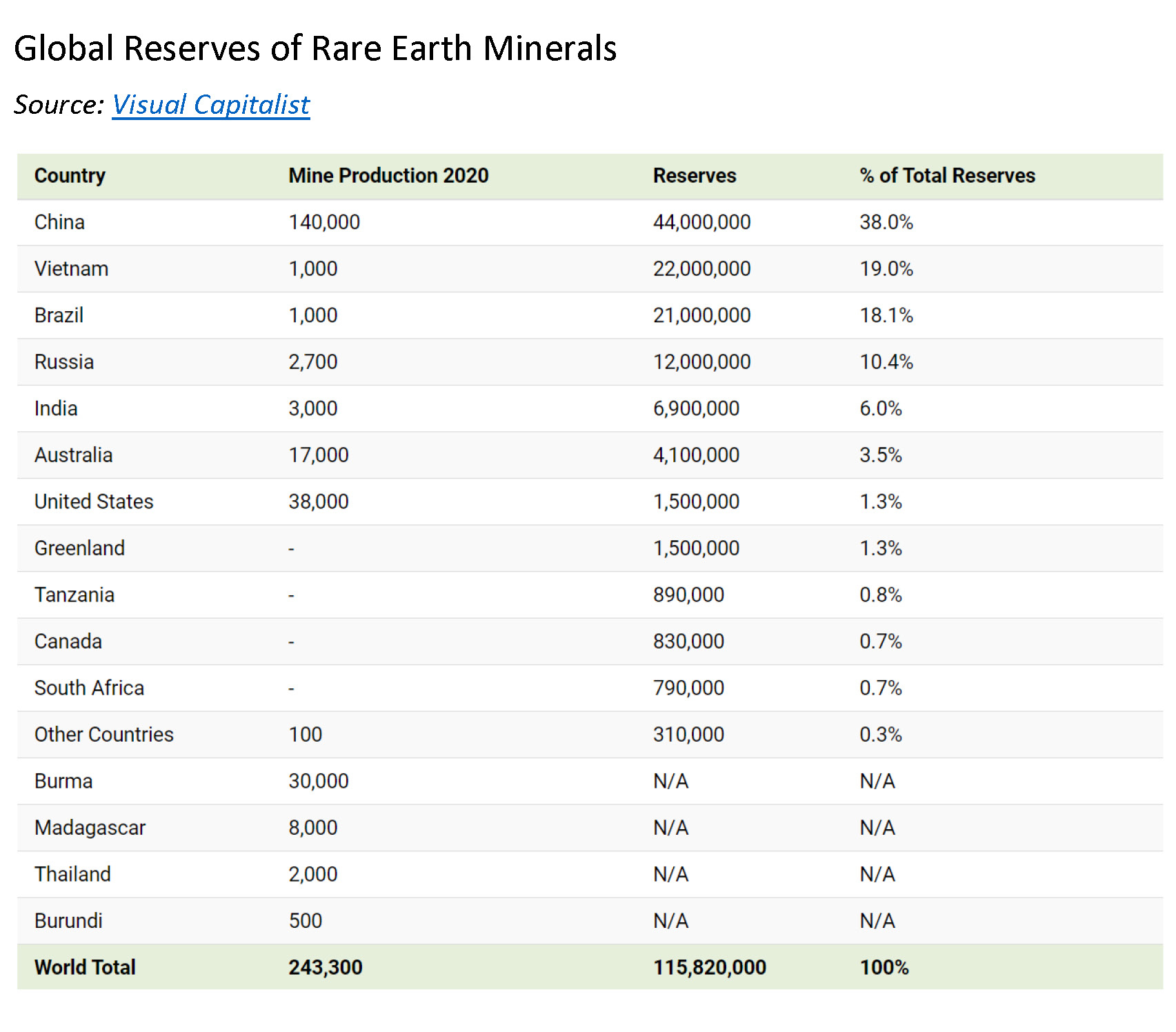 China’s authority over clean energy resources is akin to OPEC’s control of oil in its prime, yet the power is coming from a single country. And China is going to make the energy revolution cost-effective by fueling the movement with what? Cheap coal.

Just like OPEC can manipulate prices and output as a cartel, so too can China. Countries are all competing for the same finite number of resources, and with all these Net Zero pledges we will need an abundance of them. Supply constraints and rising prices have slowed growth estimates globally for wind, solar, and electric vehicles. But what happens when China decides its domestic clean energy initiatives are more important, as they too have pledged a Net Zero target? What happens when another country gets in a trade war or confronts China about continued economic exclusion zones in the South China Sea? Just as Europeans have had to tiptoe around harsher sanctions directly targeting Russian fossil fuel exports, countries will have to weigh the same challenges with clean energy. Politicians are clamoring for increased efforts to build domestic supply chains, but unfortunately, those endeavors take decades (and may not be feasible without raw materials).

The Russia-Ukraine war reminds ESG investors that employing sovereign ESG risk assessments to companies and supply chains is critical. Should any sovereign nation (Democratic or otherwise) seek to hinge its energy future on a country that “allegedly” is committing mass genocide against an entire group of people (who all live in a region that happens to make most of the world’s solar panels)? All countries should be seeking ways to gain energy independence, as well as proceeding with caution if they are taking steps to give up the independence they already hold. The current proposed clean energy path will grant energy independence to only one out of 195 countries.

We don’t need to abandon hope for a Net Zero society, but countries need to leave all options on the table, whether it be carbon capture and sequestration (CCS), blue and green hydrogen, and advanced nuclear power. CCS may benefit from allowing society to keep its largely oil and gas-based infrastructure and utilize available energy reserves. Blue hydrogen will also allow all natural gas reserves to be utilized, and green hydrogen may be a good way to store excess energy when clean energy sources aren’t in demand. Advanced nuclear through safe technology like small modular reactors (SMRs) could provide an abundance of clean energy (although uranium sourcing is a similar challenge). All of these options need to improve on costs but may prove to be complementary as they don’t have the same limitations of intermittent power production and could be done among western democracies. Even in a hypothetical peaceful new world order, an all-options approach really makes the most sense amid uncertainty about the best path forward. Tough news to hear, but it’s the reality we live in.