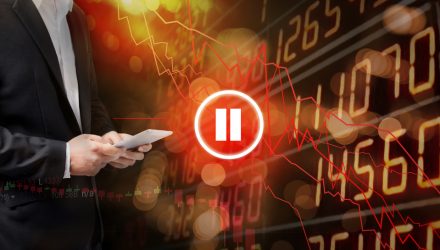 The Federal Reserve’s most recent interest rate increase was 75 basis points, but the central bank signaled that the next one could be 50 basis points or less — a thesis that could be bolstered by a decrease in the October reading of the Consumer Price Index (CPI). The Fed isn’t the only central bank giving signs it could pause monetary tightening. Several others in developed markets are doing the same, and that could benefit a variety of exchange traded funds, including the SPDR Bloomberg SASB Developed Markets Ex US ESG Select ETF (RDMX).

In fact, RDMX could be an ideal way for investors to potentially capitalize on central banks stepping back from rate hikes while embracing the benefits of environmental, social, and governance (ESG) investing. Indeed, some market observers are somewhat constructive on ex-U.S. developed markets at the moment.

“Markets seem to have been taking their direction from central banks for most of 2022. While a pivot to rate cuts does not seem likely in the near term, if central banks signal a step down in the size of the rate hikes or a pause, stocks may breathe a sigh of relief,” noted Jeffrey Kleintop of Charles Schwab.

Of note to investors considering RDMX is the fact that some major economies outside the U.S. appear poised to scale down rate hikes or pivot away from them altogether.

“The Reserve Bank of Australia had already hiked by 50 bps for four straight meetings but surprised with a slower pace of 25 bps in October and again last week,” added Kleintop. “The Bank of England voted 7-2 to lift rates by 75 bps to 3%, the highest level in 14 years. But in contrast to the Fed, they issued an unusually blunt comment on investors’ outlook for future hikes, stressing the peak in rates will be ‘lower than [what is] priced into financial markets.’”

U.K. and Australian stocks combine for over 20% of RDMX’s weight. Japan, the fund’s largest country exposure at 18.69%, is unlikely to engage in rate tightening anytime soon. Perhaps adding to the allure of RDMX is that the European Central Bank (ECB) also signaled it could be less aggressive with upcoming interest rate increases. That’s relevant because Eurozone nations represent a significant portion of the RDMX roster.

“Stepping down from aggressive rate hikes could help boost stock markets. Since signs of a stepping down began to emerge at the start of October, the MSCI EAFE Index of international stocks climbed nearly 10%. Stock markets outside the U.S. that are outperforming the S&P 500 Index this year include many countries where the central banks are stepping down,” concluded Kleintop.