You are at:Home»ESG Channel»Polluters Turning Green? The Future of ESG Investments 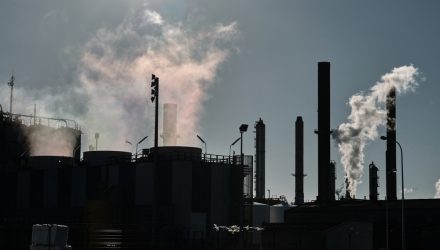 Some of the more egregious polluters could become the next wave of companies to support environmental, social, and governance investments.

According to Bank of America analysts, the best prospects for ESG interest ahead include reforming firms that are contributing to high carbon-dioxide emissions, such as companies in sectors like energy, metals, and mining industries, Bloomberg reports.

As the Biden administration leans toward environment policy changes and the European Union’s green stimulus plan, there is increased demand for more responsible investing. About 86% of investors pointed to climate change as a major factor in the next two years, compared to just 33% two years ago, according to a Robeco survey.

The increased interest has helped ESG assets gain momentum in the past year, pushing valuations higher among sustainability themed investments. For example, the MSCI World ESG Leaders Index, which follows over 700 companies screened for high environmental, social, and governance criteria, has rallied about 80% from its March 2020 low to a series of record highs. Meanwhile, the benchmark’s price-to-earnings ratio is up to 30.4, compared to just 14 in March last year.

“Over the last 12 months, market returns have been very, very compelling,” Arian Neiron, managing director and head of Asia Pacific in Sydney at VanEck, told Bloomberg. “They’ve tapered off a bit with the technology complex and with the long end of the curve going off. We think it’s an entry point, particularly in clean energy. ESG is going to be standard.”

Bank of America also outlines the potential in firms pivoting toward climate improvement in the chemical, fertilizer, and paint industries. Sameer Chopra, head of Asia ESG research at Bank of America, argued that firms that are targeting near-term emission reductions look more attractive since they have an action plan and are undergoing the painful changes now.

While some point out the high-flying valuations, Chopra believes that these calls on expensive valuations are premature.

“Is it a bubble? No, not really. It seems like a lot because it’s come off a very small base, you are doing big numbers off a small base, but it’s very early and we think this is another decade of opportunity to grow,” Chopra said.