You are at:Home»ESG Channel»Naughty or Nice? Once Launched, These ETFs Will Offer Opposite Exposures 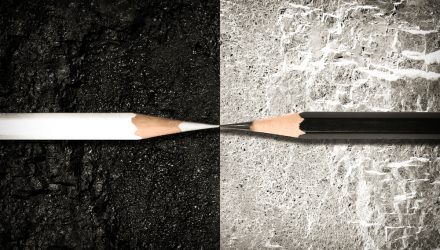 Naughty or Nice? Once Launched, These ETFs Will Offer Opposite Exposures

In the season of environmental, social, and governance (ESG) focus, funds usually fall into one of two broad categories: those that invest according to ESG principles and those that do not. While a newly proposed ETF, the Return on Character ETF (CHAR) seeks to capitalize on the height of ESG investing by focusing on the executive level’s character, another newly launched ETF, the B.A.D. ETF (BAD), takes the opposite route, investing in many of the exposures that most ESG funds seek to avoid.

CHAR has not launched yet but was filed with the SEC by Alpha Architect ETF Trust in October. It will be an actively managed fund that invests in companies with “high-character Chief Executive Officers,” per the filing. Because of the integral role that a CEO plays in navigating the business, communicating with shareholders, and working to grow the company, Character Based Investing, LLC (the sub-advisor) believes that a CEO’s character plays a crucial role in a company’s success.

The sub-advisor analyzes the top 1,000 U.S. companies by market cap and assigns each company an Integrity Score based on the CEO’s perceived integrity. This score is calculated using proprietary tools built from academic research and an assessment of the kind of language the CEO utilizes in the public arena. This can include public investor calls, corporate communications, and the like.

This is then refined further in a behavioral assessment in which the sub-advisor interviews those close to the CEO professionally, as well as third party analysts to ascertain how the CEO comports themselves in a variety of situations. Third-party sources are also used sometimes, as well as data from the broader senior leadership team.

Finally, the sub-advisor monitors for any controversies that might come up, particularly as they relate to the CEO’s character, and if a CEO is found to have engaged directly in controversial activities, such as fraudulence, they would be deemed high-risk. Companies with high-risk CEOs are not considered for addition to the fund, and if a company is found to have a high-risk CEO after investment, typically the security is sold.

CHAR ultimately will include the top 75-150 companies deemed so by their aggregate Integrity score, which takes all of the above into consideration. The fund will be weighted in a way that reflects a more traditional, broad-based equities index and will carry an expense ratio of 0.49%.

BAD just launched today and offers investors exposure to the betting, alcohol, cannabis and drug (meaning pharmaceuticals and biotechnology) segments of the market. The fund is split evenly between betting, alcohol, and drugs with a 10% cap on cannabis allocation.

BAD aims to invest in shares of the market that investors might often overlook and that the BAD Invest Company believes show potential for growth, particularly in current market environments where retail investors are playing a larger role than ever. These vice industries can often exhibit more defensive characteristics in market downturns, as the industries usually continue to benefit from user engagement regardless of economic environment.

“With the proliferation of whitewashed ESG products and market sub-segments like sports betting and cannabis becoming more widely accepted socially and legally, we saw an opportunity to fill what we perceived as a gap in the marketplace. We came to that conclusion primarily by listening and watching this newly energized retail crowd over the past year,” said Tommy Mancuso, president and co-founder of The BAD Investment Company in the launch press release.

BAD seeks to track the EQM BAD Index, which is a rules-based index with exposure to betting and gambling companies, alcohol and Canadian cannabis companies, and pharmaceutical companies. Companies contained within the index must derive the majority of their revenue from one of the market segments previously described, and biotech companies are limited to the top 10 companies by market cap. BAD carries an expense ratio of 0.75%.