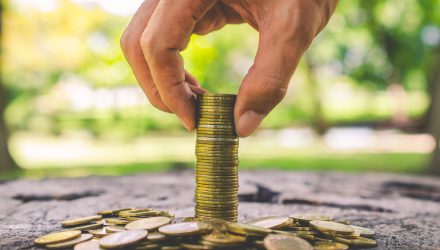 Money managers are in a position to push companies to adopt more socially responsible business practices.

For example, BlackRock, the world’s largest asset manager, is using its influence to affect policies of companies it invests in, increasing support for shareholder-led environmental, social, and governance proposals, along with issuing a number of criticisms of public companies, the Wall Street Journal reports.

BlackRock votes on behalf of its investors for many of the funds it manages. Among the the 170 ESG shareholder proposals it voted on for the first half of the proxy year, BlackRock has supported 91% of environmental proposals, 23% of social proposals, and 26% of corporate-governance proposals.

The money manager is making an increased effort to steer greater changes toward ESG issues. To put the recent changes in perspective, BlackRock only backed 6% of environmental proposals, 7% of social proposals, and 17% of governance proposals for the 1,000-plus proposals across the year ended June 2020.

“BlackRock has strongly signaled that quiet diplomacy is not the only tool in its toolbox,” Rich Fields, a partner at law firm King & Spalding, told the WSJ. “We expect more votes for shareholder proposals and against directors in this and future years.”

BlackRock has previously been the target of criticism, with some arguing that the money manager only benefited from its positions as a sustainable investment provider without actually taking a greater stance to affect ESG issues itself. The company’s latest efforts can be seen as a broader trend by institutional investors and money managers to influence companies through their investments.

According to S&P Global Market Intelligence, BlackRock is now one of the top three shareholders of more than 80% of the companies in the S&P 500 through its many equity market funds.

BlackRock’s new stewardship head, Sandy Boss, stated that the company made changes to make sure votes were in line with its investment priorities.

“We are going through a period of change to align our investment convictions with the firm’s message,” Boss told the WSJ.