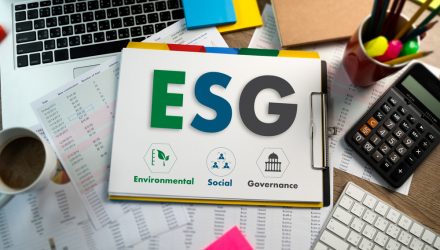 As the environmental, social, and governance (ESG) industry becomes more systematic, the world’s biggest asset managers are finding it harder to adhere to some of the rules guiding a $35 trillion market for ESG investments.

Specifically, many are highlighting issues around defining the “S,” or social aspect, of ESG investments, Bloomberg reports.

Redding highlighted a recent survey conducted by the IIA, which revealed that among the out of 300 investment professionals surveyed in Europe and the U.S., 56% warn that they are having a hard time keeping up with new proposals that are steering assets toward ESG investments. Nevertheless, 85% of the participants said ESG is still a high priority for them.

“The ‘S’ is becoming the problem,” Redding added, referring to socially responsible investing. “What we are seeing is potentially different regulatory approaches to ‘S’” across various jurisdictions.

Specifically, investors are concerned that “you have a lot less quantitative data available,” which makes it hard for investors to back up strategies with concrete numbers, Redding said.

Andy Howard, the global head of sustainable investment at Schroders Plc, is hopeful that that investors can look to clearer European Union rules to help guide the industry. While the bloc has already come out with a green taxonomy, investors are now waiting on a social taxonomy to help them more clearly define and measure social risk, like how a company treats its workers, exposure to child labor, and equality.

A so-called subgroup appointed by the European Union is still working on what should go into a social taxonomy, with findings expected to be due at the end of the year.

Mairead McGuinness, the EU’s financial markets commissioner, stated that the bloc’s social taxonomy could include taking a “forensic look” at supply chains, treatment of employees, and issues of diversity and inclusion.

Redding also pointed out that countries and regions have applied different standards on the “S” aspect.

“North America has really good data for gender and board participation,” Redding said. “But in parts of the world, it is just not there.”

“Things like gender diversity, it just doesn’t mean the same thing in some parts of the world,” he added.