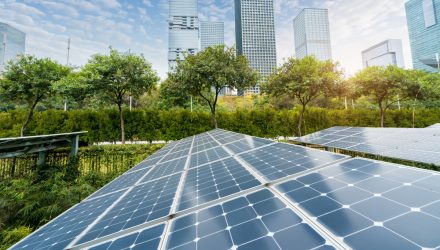 As environmental, social, and governance investments begin to expand from a niche group into the mainstream, socially responsible programs are now able to attract a wider pool of capital to fund sustainable projects.

“I think some of the extreme weather events are making some things a little more apparent to people,” Mike Winterfield, founder and managing partner of Active Impact Investments, told Yahoo Finance Live. “But I think the second thing that’s happened is it moved from, say, a group of do-gooders and concerned environmentalists to people who were serious about business and wanted to leverage capitalism sincerely in a way to make this a profitable endeavor, and I think that’s when it dragged investors in.”

Venture capital-backed climate technology companies brought in $14.2 billion globally so far during the year that ended June 25, according to PitchBook data. From 2013 to 2019, global annual venture capital funding into climate tech surged 3,750% in absolute terms, or three times the rate of VC investment into artificial intelligence for the time period, according to PwC.

“I think there’s just a lot of tailwinds for the space,” Winterfield added. “This is where the talent wants to work, when you look at millennials. This is where the regulations are going. This is where consumer behavior and preferences are changing. This is where investor money is flooding. So I would expect in the next 10 years that sustainability will become sort of a big go-to and big growth and performance space in investing.”

Some warned of the cyclical nature of the clean energy technology segment. For example, between 2006 through 2011, Silicon Valley VC firms funneled $25 billion into the clean tech sector, but by 2011, over half of that amount was lost, and new clean tech companies in the following years fell off.

Nevertheless, proponents believe that climate tech is more focused on solving the main drivers of climate change in all sectors. Consequently, climate tech leans toward transport and mobility sectors, with 63% of investments going to those areas, according to PwC. Additionally, climate tech is being supported by consumers and governments, which didn’t play that large of a role a decade ago.

“The need is bigger and more urgent than it has ever been before, and [so is]people’s understanding of that,” Winterfield said.