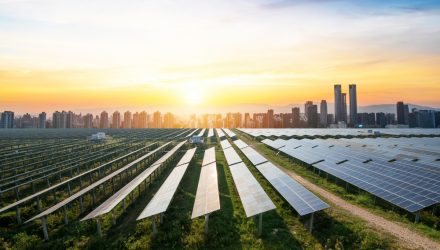 The Growth Potential in Clean Energy

As more look to the long-term growth potential of renewables and the clean energy sector, investors can look to the Ardour Global Alternative Energy Extra-Liquid Index (AGIXL) and the exchange traded fund, VanEck Vectors Low Carbon Energy ETF (SMOG), that tracks the benchmark.

The Ardour Global Alternative Energy Indexes were the first global alternative energy indices that helped provide globally-inclusive, renewable energy exposure to investors. Specifically, the Ardour Global Alternative Energy Composite Index is a broader composite of the clean energy sector while AGIXL narrows the universe to more investable names by including a minimum liquidity requirement for at least 90% of the index by weight.

The index includes exposure to new technologies in the renewables space, including electric vehicle manufacturers, wind power plant and turbine developers, solar battery storage and microinverter producers, and semiconductor manufacturers, among others.

Looking ahead, the World Energy Outlook highlights the long-term growth potential for renewables, especially with the U.S. election potentially impacting adoption rates in the U.S. depending on who comes out on top.

“In addition to growth potential, alternative energy screens favorably in an investment climate increasingly focused on environmental, social, and governance (ESG) considerations. Positive sentiment, a constructive forward outlook, and the continued preference for growth over value have supported momentum in alternative energy already this year, as evidenced by the strong performance in AGIXL. While the election outcome could further bolster the space, the long-term growth outlook for renewables will be intact regardless of the results in November,” Bryce Bingham, Energy Research Analyst for Alerian, said in a note.

The current Stated Policies Scenario shows 80% of the growth in global electricity demand over the next decade to be satisfied by renewables, largely from solar sources, which has become more cost-effective than coal and natural gas generated electricity in many countries. This scenario represents the IEA’s most conservative assumptions in the adoption of renewable energy. If we were to meet Paris Agreement standards, annual solar capacity additions for the next decade would have to be four times greater than in 2010 through 2019, and wind additions would be 2.5 times greater.

In the U.S., Democratic presidential runner Joe Biden outlined $1.7 trillion of federal investment in clean energy and net-zero emissions by 2050. Several state governments also have renewable portfolio standards or carbon pricing policies that are supportive of alternative energy, such as in California.

“As exemplified by AGIXL, an allocation to alternative energy provides leverage to the structural growth in renewables expected to continue in coming years,” according to an Alerian note.

“The growing traction of alternative energy underwritten by climate-focused policy initiatives, the emphasis on sustainability and ESG considerations by companies globally, and improving cost competitiveness represents an opportunity for investors.”

For more news and information, see the ESG Channel