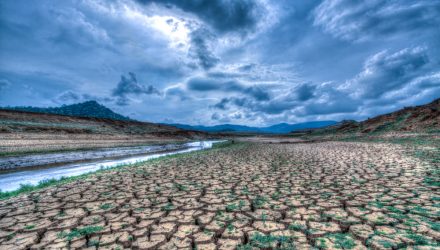 Global Warming Scenarios based on the Latest IPCC Report

The Intergovernmental Panel on Climate Change (IPCC) released its findings Monday in a report that pulls from three years worth of analysis of over 14,000 peer reviewed science studies. The panel’s average scenario shows a much warmer and more inhospitable planet within the next 50 years.

Greenhouse gases caused by human activities are the culprit for the warming that has occurred in the last roughly 175 years. In a trend that is increasing at alarming rates, gas emissions are continuing to hit new highs, with the world suffering for it.

“The alarm bells are deafening, and the evidence is irrefutable:  greenhouse gas emissions from fossil fuel burning and deforestation are choking our planet and putting billions of people at immediate risk,” U.N. Secretary-General Antonio Guterres said in a statement. “This report must sound a death knell for coal and fossil fuels, before they destroy our planet.”

Using modern modeling capabilities and data analysis, the IPCC was able to come up with a series of potential scenarios looking forward. They range from very low greenhouse gas (GHG) emissions , SSP1-1.9, all the way to very high greenhouse gas emissions, SSP5-8.5

A two-degree Celsius increase in temperature means an exponential increase in extreme weather events, such as drought and heatwaves, heavy precipitation, and weather events such as hurricanes and cyclones. “There will be an increasing occurrence of some extreme events unprecedented in the observational record with additional global warming, even at 1.5°C of global warming,” the report said.

Investing in Lower Emissions with ‘LOWC’

The fund tracks the MSCI ACWI Low Carbon Index. It is an index that reweights securities in the MSCI All-Country World Index (ACWI) to favor lower carbon emissions and fossil fuel reserves.