You are at:Home»ESG Channel»Exxon Is Eying a ‘Net Zero’ Carbon Goal 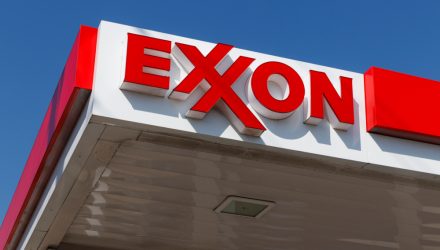 Does Exxon see the writing on the wall? Exxon Mobil Corp could be working to cut its net carbon emissions to zero by 2050.

Exxon Chief Executive Darren Woods previously scoffed at the idea of carbon reduction targets made by European rivals as nothing more than a “beauty competition,” but Woods and others on Exxon’s board are now taking a more serious look at cutting emissions in face of growing pressures from investors after a proxy fight this year with an active hedge fund that resulted in the election of three new members to the company’s board, the Wall Street Journal reports.

According to insiders, while the energy company has not made a final decision on a “net zero” plan, the company could reveal a series of strategic moves on environmental and other socially responsible issues before the year’s end.

Exxon spokesman Casey Norton stated the company is working to decarbonize high-emitting sectors and backs regulation that will spur those efforts.

“As the board goes through its deliberations regarding future plans related to the company’s energy transition activities, we routinely evaluate our work and commitments and will update our shareholders and the public as those plans evolve,” Norton told the WSJ.

Woods has also stated that Exxon supports goals put forth by the Paris climate agreement, which aims to keep global average temperatures to less than 2 degrees Celsius above preindustrial levels.

So far, Exxon has pledged to cut carbon intensity, or emissions as a portion of total energy produced.

The shift in sentiment in Exxon may be partially attributed to its loss of three seats on its board of directors at its latest annual share holder meeting to hedge fund Engine No. 1, which has pushed energy companies to act faster to adapt to the growth and uptake of clean energy.