You are at:Home»ESG Channel»European Pensions Lead Adoption of ESG Investments 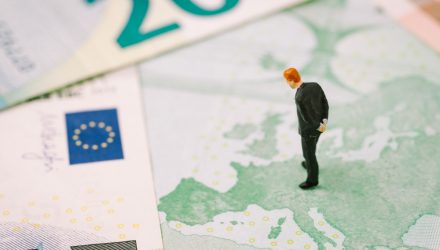 While the United States is beginning to take notice of investments backed by environmental, social and governance principles, the majority of European pensions have already adopted the ESG theme.

According to Mercer’s most recent European Asset Allocation Survey, the majority of European pension funds now incorporate environmental, social, and governance risks into their investments, compared to just two years ago when less than half even considered ESG as an option, Chief Investment Officer reports.

“It is encouraging to see such a strong increase in ESG risk awareness, including the potential impact of climate change, on the part of institutional investors,” Jo Holden, Mercer’s European director of strategic research, said in a statement. “We can see this awareness emerging as more schemes and company sponsors witness how ESG risks in their portfolios may impact investment returns and how the company and scheme is perceived by the public.”

“In a year that saw activist Greta Thunberg, with others, organizing global school strikes to raise climate change awareness and witnessed vast swaths of the world on fire,” according to the Mercder report, “it is not surprising that a growing number of investors are considering the investment risk of climate change.”

Mercer also attributes the rise in ESG considerations due to the European regulatory environment. For instance, they highlighted the 2017 European Pensions Directive, IORP II, and the UK’s Department for Work and Pensions’ introduction of regulations in 2018 on how trustees should consider financially material ESG risks in investment decisions, notably those related to climate change.

More recently in May, an amendment was added to the UK’s Pension Schemes Bill requiring trustees and managers of certain occupational pension plans to consider climate change and to include information relating to those effects.

Along with the issue of climate change, stewardship issues, like voting and engagement, are also growing in importance among asset managers.

“For the first time, our survey reported over 50% of participants consider the voting and engagement aspects of investments at both the manger-selection and manager-monitoring stages of the investment process,” according to the Mercer report.