You are at:Home»ESG Channel»ETF Providers Have the Weight to Control Shareholder Votes on ESG Issues 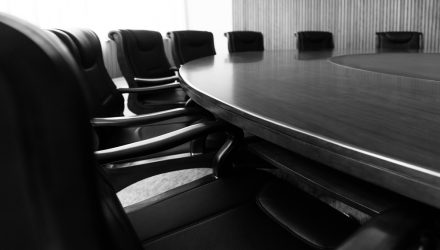 Investors are increasingly relying on environmental, social, and governance exchange traded funds to easily access socially responsible investments, but with more ESG money being managed by fund providers, some warn that shareholder democracy is now at risk.

“What’s happening now is that indexing consolidation is shifting some of that power from corporations to asset managers, and people are concerned. But I expect that index manager proxy power is a temporary way point,” Joshua Levin, co-founder and chief strategy officer of the now JP Morgan-owned direct indexer OpenInvest, told RIABiz.

However, with more investors throwing money into ESG ETFs, fund providers are given a blank check to deploy ESG filters that could push out some companies.

“It doesn’t matter whether it’s Vanguard, BlackRock, Fidelity or the California Public Employees Retirement System; if two or three investors control 20% to 40% of the vote of every US company, shareholder democracy will not work as intended,” Vincent Deluard, global macro strategist at New York City clearinghouse and hedge fund, StoneX, told RIABiz.

Asset managers’ growing influence on U.S. equity funds is already putting them on pace to become the de-facto veto on all major corporate decisions by 2040. The big five hold $27.7 trillion global assets under management and administer over $34 trillion, according to Morningstar.

“I’m concerned about the amount of power they wield, even if they wield that power well. If the sales trend over the past decade continues, then the 35% [cumulative voting]position will occur circa 2040,” Morningstar vice president for research, John Rekenthaler, told RIABiz.

“[Then they] truly would be kingmakers. Unless a proposal is so wildly unpopular as not to attract even a 15% vote from remaining shareholders, [they]could ensure the initiative passes,” Rekenthaler added.

Rekenthaler also warned that “conversely … they could effectively shut down almost any activist activities.”