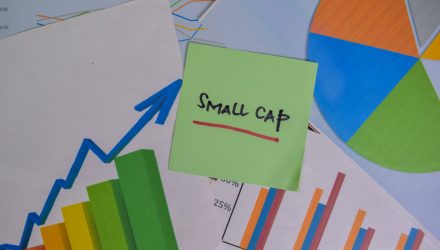 Small-cap equity benchmarks, such as the Russell 2000 and S&P SmallCap 600 indexes, have plenty of work to do to reclaim lost glory, but some market observers believe small-caps are offering near- to medium-term rebound potential.

Investors looking to participate in that trend while bringing environmental, social, and governance (ESG) benefits to the table have some exchange traded funds to consider, including the SPDR S&P SmallCap 600 ESG ETF (ESIX).

ESIX could be worth considering as some analysts turn modestly more constructive on smaller stocks, which endured some turbulence in the first five months of the year. Lori Calvasina, RBC’s head of U.S. equity strategy, upgraded small-caps to neutral from underweight. In a Monday note to clients, Calvasina pointed out improving risk/reward among smaller equities.

“Small Cap looks intriguing or better on our positioning/sentiment, valuation, and earnings work,” Calvasina said. “We are not yet ready to move back to an overweight as Small Cap still faces fundamental headwinds. … It’s also worth noting that Small Caps are starting to look a little better than Large Cap on the earnings front.”

That’s not an overtly bullish endorsement, but it’s not a bearish call, either. Plus, it can’t be ignored that the aforementioned S&P SmallCap 600 — the parent benchmark of ESIX’s underlying index — is beating the S&P 500 by more than 250 basis points year-to-date.

Additionally, there’s the valuation consideration, particularly when it comes to small-cap growth stocks. While ESIX is a small-cap blend fund, plenty of its 405 holdings are considered small growth equities. Indeed, small-cap growth has been a losing combination to this point in 2022, but the upside of that scenario is that small growth fare are inexpensive today relative to historical standards.

In a client note, Alger Director of Market Strategy Bradford Neuman said that small-cap growth names could be interesting ideas in the current climate and “may be the best of both worlds for small-cap growth investors, given that these stocks are less expensive than small-value equities, and they generally also have higher operating margins, return on capital and stronger balance sheets.”

ESIX allocates about 37% of its total weight to the technology, healthcare, and consumer discretionary sectors, indicating that it has some leverage to a potential rebound by small-cap equities.