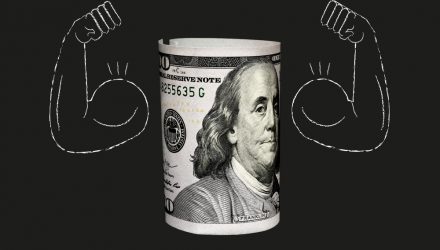 ESIX May Be Right Elixir for Strong Dollar Jitters

One of the prominent themes in 2022 has been the strength of the U.S. dollar, which has been a drag on large-cap companies that generate significant portions of their sales outside the U.S.

That scenario is weighing on small stocks, too, and unfairly at that. In fact, history indicates that when the greenback is strong, small-cap equities survive and thrive. The reason is that small-cap firms derive the bulk of their revenue on a domestic basis, meaning those companies aren’t as vulnerable to currency fluctuations as their large-cap counterparts.

That could be a sign that an exchange traded fund such as the SPDR S&P SmallCap 600 ESG ETF (ESIX) is a relevant consideration for investors today.

“Investors may be surprised to hear that a strong dollar can also drag down the performance of their U.S. stock funds,” noted Morningstar analyst Bryan Armour. “Alternatively, a weak dollar can boost returns. These funds are better shielded from dollar fluctuations than foreign investments because they derive most of their earnings from the U.S. market. But we live in a global economy, and U.S. stocks derive a portion of their earnings from foreign markets, which exposes them to a degree of foreign-exchange risk that’s easy to overlook.”

There’s overt confirmation that small-caps are weathering the strong dollar storm less poorly than large-cap equities. The S&P SmallCap 600 Index — the benchmark off which ESIX’s underlying index is based — is outperforming the large-cap S&P 500 by 430 basis points year-to-date.

That’s notable because while currency markets are notoriously volatile, the dollar could remain strong (or weak) for extended periods — a point worth pondering when noting that the Federal Reserve may not be able to halt interest rate increases anytime soon due to still-high inflation.

“While currency fluctuations tend to shake out over time, trends can persist for years. While most investors are best suited to focus on the long-term outlook of a company, bypassing short-term risks isn’t an option for everyone. Understanding foreign-exchange risk can help long-term investors diagnosis performance and stick to their plan when currency risk creates a drag on their investments,” added Armour.

ESIX follows the S&P SmallCap 600® ESG Index and is a credible idea for investors seeking domestic small-cap exposure, as about 37% of the ETF’s roster is allocated to financial services and industrial names — two sectors with big domestic tilts in the small-cap arena. ESIX charges just 0.12% per year, which is favorable among small-cap environmental, social, and governance (ESG) ETFs.