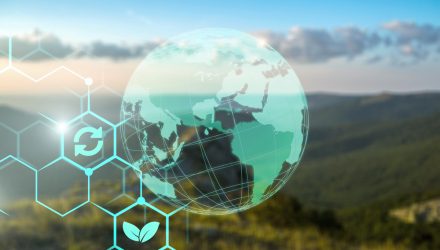 Shareholder activism is beginning to sway Corporate America as an unprecedented number of new resolutions based on environmental, social and governance themes has been proposed in 2022.

According to a recent study conducted by activist group As You Sow and researchers including the Sustainable Investments Institute, shareholders have filed a record 529 resolutions on ESG issues for the annual meetings of publicly traded U.S. companies so far in 2022, or up 22% for the same period year-over-year, Reuters reports.

Many of the new resolutions sought details on ESG issues like carbon emissions or workforce diversity. Successfully passed activist agendas last year as the change of directors at Exxon Mobil Corp could make directors take a harder look at ESG-related proposals, according to the sponsors of the study.

“Companies are realizing that their investors want them to have less risk,” Andrew Behar, CEO of As You Sow, told Reuters, adding that he and others believed shareholders could benefit from new guidance from the U.S. Securities and Exchange Commission that makes it harder for corporate boards to ignore votes.

ESG friendly resolutions that passed include a recent March 4 vote at Jack in the Box Inc where 95% of votes were in favor of a resolution for sustainable packaging sponsored by Green Century Capital Management. Jack in the Box, on the other hand, had recommended voting against the measure.

Activist Boston Trust Walden agreed to withdraw a shareholder resolution for the spring meeting at JPMorgan Chase & Co. The Wall Street bank in return offered to provide greater details in its upcoming fall report over its lobbying activities and trade association memberships, according to a securities filing.

Corporate activism also aligned with the broader concerns of Americans on the Russia-Ukraine war as many prominent names like McDonald’s, Starbucks, Coca-Cola, and PepsiCo, among others, decided to suspend operations in Russia in retaliation for Moscow’s aggressions.

For more news, information, and strategy on ESG investments and related issues, visit the ESG Channel.