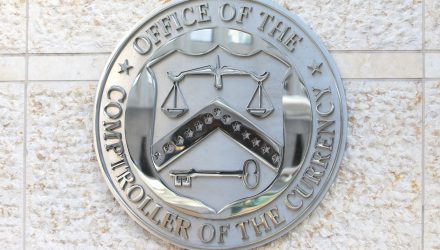 In March of 2018, Citigroup announced that it would restrict business with certain firearms companies.  The same year, Bank of America said it would cease lending to companies that designed military-style guns. Goldman Sachs and TD Bank recently announced steps to curtail ties with the fossil fuel industry.

Likewise, Morgan Stanley and JP Morgan both announced earlier this year that each institution would terminate any financing of Arctic drilling. Further, Goldman put forth a new ultimatum at Davos this past January, saying that they would no longer take a company public in the U.S. or Europe if it lacks a female or diverse director.

Such ESG predicated positions would likely be banned by a new rule proposed by the U.S. Office of the Comptroller of the Currency (OCC). On November 20th, the OCC proposed a rule change forcing banks and other lending entities to rely solely on financial considerations when lending to ensure “fair access” to financing.

The OCC proposal says that banks effectively should be blind to any political implications of serving one industry over another. It would only apply to a “covered bank,” specifying that banks with more than $100bn in total assets would be presumed to meet the definition though companies could apply for exemptions.

The proposed rule change feels quite similar to a Department of Labor (DOL) rule change in June of this year stipulating that pension funds and 401(k) plans should not choose investments on behalf of their clients if ESG requirements are prioritized above investment returns.  The DOL ruling was pushed through by Secretary of Labor Eugene Scalia and is said to be motivated by “the retirement security of American workers.”

The OCC has emphasized that banks have the federal government standing behind their insured deposits and have access to the Federal Reserve System. They also assert that fair access is not only a legal requirement of Dodd-Frank, but also a principle that reflects, “two centuries of American commitment to ensure that chartered banks don’t abuse their public trust by granting politically motivated special access to credit and capital.”

However, both the OCC and Department of Labor proposals appear to be attempts by the outgoing Trump administration to push back on the tide of ESG-oriented investment that has been accelerating over recent years, such that one in every four professionally invested dollars is tied to ESG criteria.

According to an article on Bloomberg Green, “…ESG funds have been popular with pension plans that have long-term funding obligations.  Managers of those plans have often concluded that they have a fiduciary duty to include sustainable investing to offset climate change risks and ensure that plan participants have a livable future in which to spend their pensions.”

Millennials and Gen Z employees have been vocal about wanting to invest their retirement assets according to an ESG framework, but the proposed regulation creates another hurdle for employers.