You are at:Home»ESG Channel»ESG Issues Top List of Risks Among Financial Executives 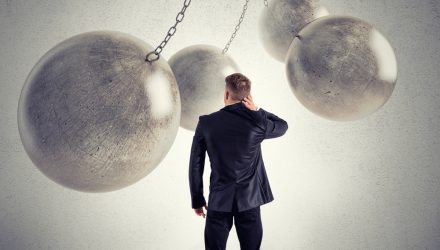 Environmental, social and governance issues are among the top near-term concerns for financial firms.

According to a recent Deloitte poll, financial executive singled out ESG issues as their top risk, followed by cybersecurity and credit matters, Bloomberg reports. Those surveyed included banks, insurers, asset managers, and other financial services providers.

“For financial firms, it’s harder to adapt to changes in the ESG environment because it’s not only about their own carbon footprint or other impact, they also have to look at their clients’ footprint, social impact,” J.H. Caldwell, head of the financial services risk advisory group at Deloitte, told Bloomberg.

Helping the country tackle growing issues over climate change, President Joe Biden rejoined the Paris climate agreement in his first week in office. Last week, the main banking regulator froze a rule that would require companies to engage with businesses such as oil drillers and gun manufacturers that they might avoid due to perceived reputational risks associated with those industries.

When gauging the potential impact of regulatory and supervisory changes over the next two years, risk managers believe cybersecurity rules will be most important, with ESG coming in fourth. The findings may indicate the financial industry sees regulators are closer to coming up with stronger rules on cybersecurity than on ESG issues, especially in the U.S., according to Caldwell.

On the other hand, ESG issues have been a major concern in Europe. For instance, U.K. and French supervisors are already including climate-change scenarios in their big-bank stress tests. The European Banking Authority is planning a climate-related test. In comparison, the U.S. Federal Reserve only just formed a committee to supervise banks on climate matters.

Along with ESG issues, a global financial crisis and further viral pandemics have emerged as macro trends that could affect the industry ahead.

“Especially in the first half of last year, there was a lot of uncertainty about the economy, which still lingers somewhat,” Caldwell added. “And the pandemic has made people realize we might get other pandemics in the future.”