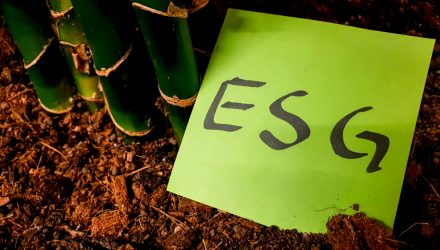 ESG Investments: A Way to Mitigate Exposure to Controversies, Risks

Environmental, social, and governance, or ESG, related investments focus on quality companies with a set inclusion guideline that could help investors sift through more at-risk companies that could incur unneeded costs down the road.

According to Morningstar data, investor demand for investments with high ESG standards have never been higher, with ESG-focused funds now managing $1.1 trillion in assets under management, or double 2016 levels, Insurance Journal reports.

These types of investments can hone in on companies that mitigate risks. According to Bank of America, more than $600 billion of S&P 500 company market capitalization alone was lost due to “ESG controversies” over the past seven years.

For instance, recent high-profile cases include German payments firm Wirecard and British fashion retailer Boohoo, which suffered from allegations of accounting fraud and factory labor abuses, respectively. The controversies erased years – and in Boohoo’s case, months – of returns in just a few days.

Wirecard subsequently fell into insolvency after revealing a 1.9 billion-euro hole in its accounts. Meanwhile, Boohoo launched an independent review of supply chains and defended its business practices after allegations over low pay and poor working conditions at its factories.

Due to these and other instances, money managers have argued that it is more important than ever to probe ESG credentials instead of relying on ratings assigned by data providers, which are often based on the self-reporting of individual companies.

Providers of ESG scores, including those from Sustainalytics, MSCI, and Refinitiv, which is part-owned by Reuters News’ parent company, point out that along with company disclosures, data points can be found through external sources like media and non-government organization reports. Some, like Truvalue Labs, state the eschew company provided data altogether.

However, smaller companies with limited disclosure could see lower scores than large multinationals. In other words, a relatively new renewable energy company could even rank lower than big tobacco. Additionally, scores can also vary wildly across the various data providers. One in four ESG ratings may differ between providers, according to Nathan Cockrell, Lazard Asset Management’s co-director of global research. These discrepancies could led investors exposed to unintended risks.