You are at:Home»ESG Channel»ESG Investing and a Joe Biden Presidency 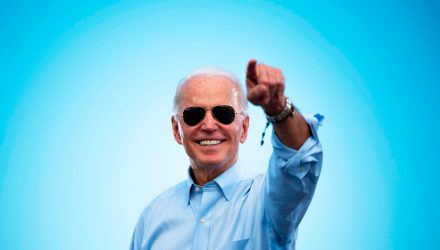 ESG investing already has tremendous momentum in 2020 with flows into ESG focused funds hitting record levels, and that momentum is set to continue. The election of Joe Biden as the 46th President of the United States will usher in an administration with plans to advance environmental action and social reform. While a divided government will certainly dim any efforts at sweeping reform, there is still a lot that can be accomplished from the executive branch as we have seen during the past two administrations.

The country’s approach to environmental action will experience the most significant shift. The Trump administration has made a considerable effort to return the focus to fossil fuels by loosening regulations around oil and natural gas exploration and pulling the country out of global pacts to combat climate change, such as the Paris Climate Accord. Once sworn in, Biden has committed to “build a more resilient, sustainable economy – one that will put the United States on an irreversible path to achieve net-zero emissions, economy-wide, by no later than 2050.”

As part of this effort, he plans to pass regulations and secure new funding that will encourage more sustainable infrastructure, electric vehicles, zero-emissions public transportation options, a carbon pollution-free power sector, and innovation in the clean energy sector. These will all prove to be a healthy tailwind for many of the companies that appear in ESG oriented screens.

Social reform will also be in the spotlight as Biden’s administration works to strengthen worker organizing, collective bargaining, and unions. More specifically, he has said he will, “check the abuse of corporate power over labor, …encourage and incentivize unionization and collective bargaining, and ensure that workers are treated with dignity and receive the pay, benefits, and workplace protections they deserve.”

With divided government it is going to be difficult to get any legislation through congress, but there certainly will be changes made on the margin via the Department of Labor that will push companies towards these goals. For example, Biden will likely try to revise overtime pay rules, move away from treating gig workers as contractors, and push for a $15 minimum wage on all federal contracts.

Many of America’s largest companies have started moving in this direction already, as they have found it is ultimately in their best interest. Major employers in the retail industry, which has historically paid close to the federal minimum wage, such as Amazon, Walmart, Costco, and Target, have all moved towards a $15 minimum wage over the past four years, setting an important example for smaller players.

Change in these areas will likely be incremental as much of it will need to flow from the executive branch through institutions such as the Environmental Protection Agency and the Department of Labor, but the direction of the trend will clearly be different from the current administration. Combined with the continued generational shift in investment priorities, ESG strategies are expected to remain top of mind for investors.

For more ESG news and strategy, visit our ESG Channel.