‘SHE’ Invests In and Champions ‘Equality Can’t Wait Challenge’

The “Equality Can’t Wait Challenge” recently announced the four projects it would be backing that are working to further women’s influence and power in the U.S. by 2030, reported PR Newswire. Collectively, the projects will receive a total of $40 million to support their work in championing gender equality within America, a fundamental value that the SPDR SSGA Gender Diversity Index ETF (SHE) invests in.

The Challenge was launched in 2020 and is the first of its kind within the U.S. to carry funding on such a large scale that champions women leaders working to advance women’s voices and influence. It was hosted by Pivotal Ventures and is supported by Mackenzie Scott and Dan Jewett, as well as Charles and Lynn Schusterman Family Philanthropies.

The magnitude of the funding and the enormous amount of support the Challenge has garnered and more than 550 proposals all highlight the increased attention and push that is happening for gender equality in the U.S.

“The overwhelming response to the Challenge proves there’s no shortage of transformational ideas about how to accelerate progress for women and girls,” said Melinda French Gates, founder of Pivotal Ventures.

Winners include Building Women’s Equality through Strengthening the Care Infrastructure, Changing the Face of Tech, Project Accelerate, and the Future is Indigenous Womxn.

Stacy Schusterman, Chair of Charles and Lynn Schusterman Family Philanthropies, said, “The leaders who stepped forward with bold ideas through the Challenge give me hope that by investing in women-led solutions, we can achieve true gender equality. The stakes couldn’t be higher, as the future of our families, communities, and economy depend on it.”

Investing in Gender Equity with ‘SHE’

For the purposes of the index, “executives” are defined as any Vice President position in a company and higher, or any Managing Director position and above in a financial sector company.

According to their free-float market cap, the top-ranking 10% of companies within each sector are selected and weighted proportionally. Each stock has a maximum weight cap of 5%. 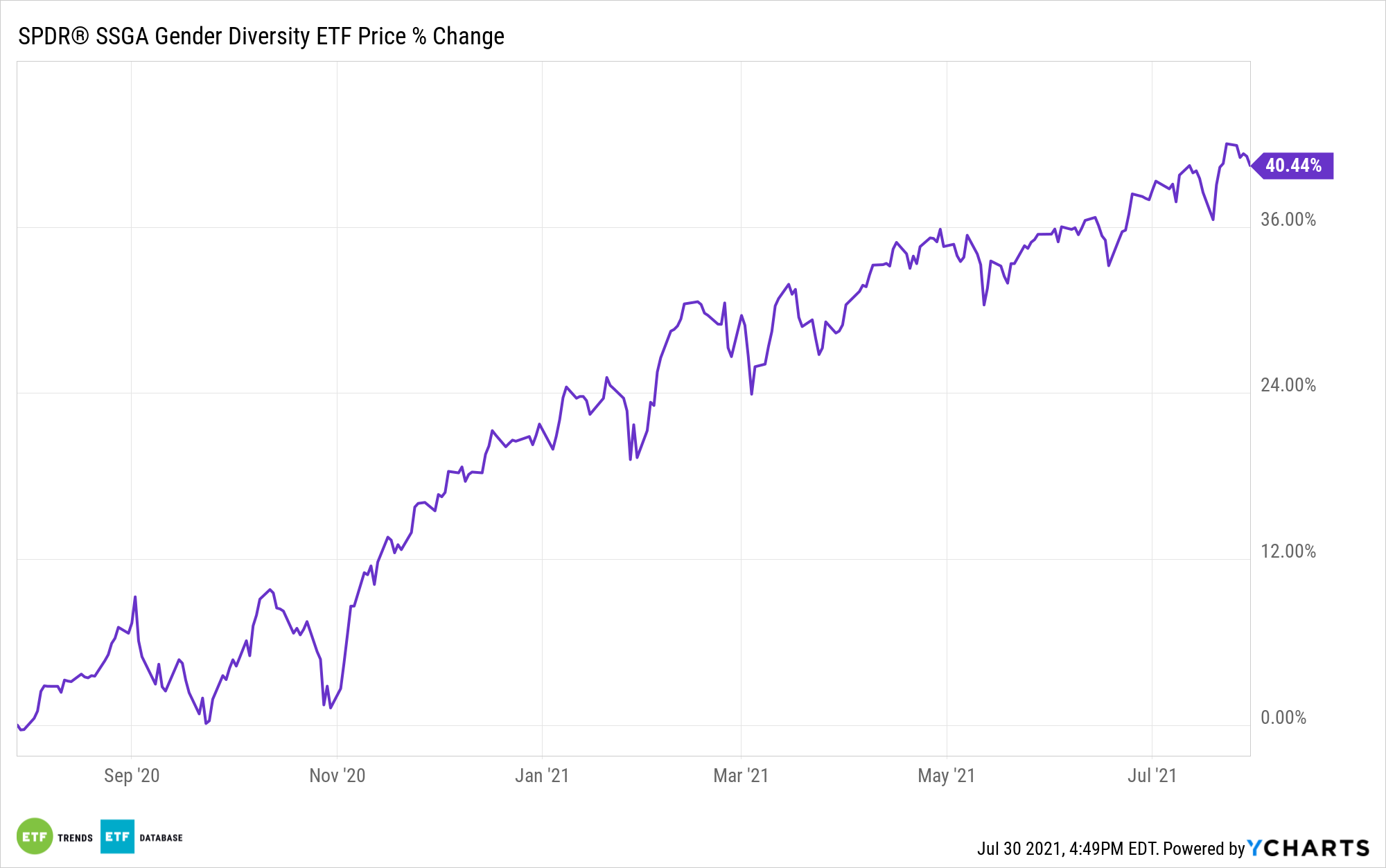